If you work in the food industry, a lot of things in 2014 won't look like they did at the beginning of 2013. The ownership at Smithfield Foods, Skippy peanut butter and Harris Teeter will have changed. The GMO debate is in flux. And who knows where we'll be with new trans fat regulations?

Here at Food Dive, we have been watching the new developments and trends that look like they will matter the most in food manufacturing, packaging, marketing and retail in the new year, and we have a handful that we intend to keep an eye on in January. We suggest you do the same. Check out the 10 trends we think will be most important below:

1. NEW GROCERY DELIVERY OPTIONS
The Internet-to-porch world of online grocery ordering has attracted new startups and existing food retail giants alike. Check out our recent look at the names from Amazon.com and Instacart to Wal-Mart and Peopod that have been shaking things up. With recent indications that Amazon may be launching its own private label food products line, we expect to see this space get even more interesting in the new year.

2. UNEXPECTED KEURIG CUP LAUNCHES
Green Mountain Coffee Roasters Inc.'s Keurig machines took the coffee marketplace by storm, but they didn't stop with java. After the Campbell Soup Co.​ announced its new Fresh-Brewed Soup K-Cups​ this year, we saw a clear sign of potental launches to come. The brand has even expanded into brick-and-mortar retail, so don't be surprised to see Keurig looking for more products to sell.

3. BREAKFAST INNOVATIONS
We saw a lot of unexpected breakfast launches in 2013, and from cereal sales to American eating habits, this is a meal category that is clearly in flux. From new Kellogg instant options to cronuts and waffle tacos, everyone wants a piece of the new U.S. breakfast market, and we can't wait to see what the next contenders look like.

4. SOUP IN POUCHES AND CARTONS
In 2013, we learned that the soup can is no longer in fashion. Pouches and cartons are all the rage now, and traditional soup players now have to compete with fresh options at grocery stores.

5. THE DECLINE OF COLA
Execs at both Coca-Cola and PepsiCo know that American cola habits have been heading south for a while, and the trend has put pressure on both companies to look for new opportunities at home and abroad. Whether those pursuits involve herbal Thai beverages or hot ginger ale cans, expect to see these global giants continue to look for options.

6. SWEETENER DISRUPTION
Mexican Coke wasn't the only center of sweetener upheaval speculation in 2013. Coke has been playing with stevia down in South America, and alternatives from monk fruit and coconut palm sugar are trying to make their ways into the marketplace wherever they can find buyers. Amid health concerns over sugar and non-sugar sweeteners alike, there's plenty of room for new players. 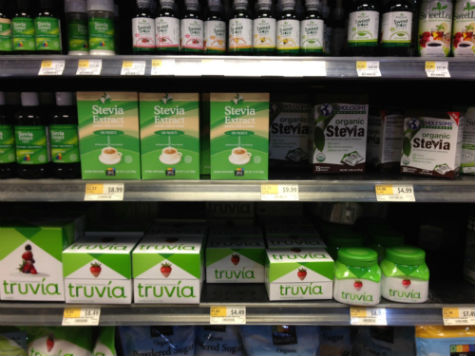 7. LABELS THAT DON'T SAY "NATURAL"
"Natural" labels have been more trouble than they were worth for brands including Ben & Jerry's, Naked Juice and Truvia. Consumers find them confusing, and a lack of regulatory direction means that no one is likely to get a great working definition for the term any time soon. So until the lawsuits stop or the FDA weighs in, we predict that new products labels will continue to rely on less problematic marketing terminology.

8. PROFANITY-BASED MARKETING CAMPAIGNS
This year alone, we saw Jell-O co-opt "FML," Chobani claim the hashtag #WTFlavor and Kraft use the phrase "Get your chef together." In all three cases, the brands played it tongue-in-cheek with some words that not just any parent would want to explain to their toddlers. They crafted campaigns that got stuck in our memories, though, and that probably speaks for the effectiveness of their efforts.

@angel_marengo you're right. You want someone to Fun your Life? Luckily, we're here. http://t.co/qDlDfDNMIA Exp. 48hrs

9. BUGS AS FOOD
A United Nations Food and Agriculture Organization report released in 2013 called for more edible insect farming in the world. If you look at Food Dive's food startups directory, you'll see that a number of companies have already jumped into the ring with insects-as-food products. For ingredients, standalone snacks and even lollipops, bugs are seeing a lot of interest right now.

10. MORE SODASTREAM LAUNCHES
​SodaStream turned a lot of heads this year with its continuing quest to upset the carbonated drinks market. From rumors that PepsiCo might acquire it to a total system redesign and a steady trickle of releases featuring the likes of Kool-Aid, Del Monte and Ocean Spray, this DIT soda-making machine has made a name for itself. Much like Green Mountain's Keurig system, SodaStream has managed to disrupt for the beverage industry's most established spaces. Now that it has also found partners among the most prominent brands in supermarkets, you can surely plan on seeing a few more surprises in 2014.

Would you like to see more retail news like this in your inbox on a daily basis? Subscribe to our Food Dive email newsletter! You may also want to read Food Dive's look at three reasons why the GMO debate has changed.