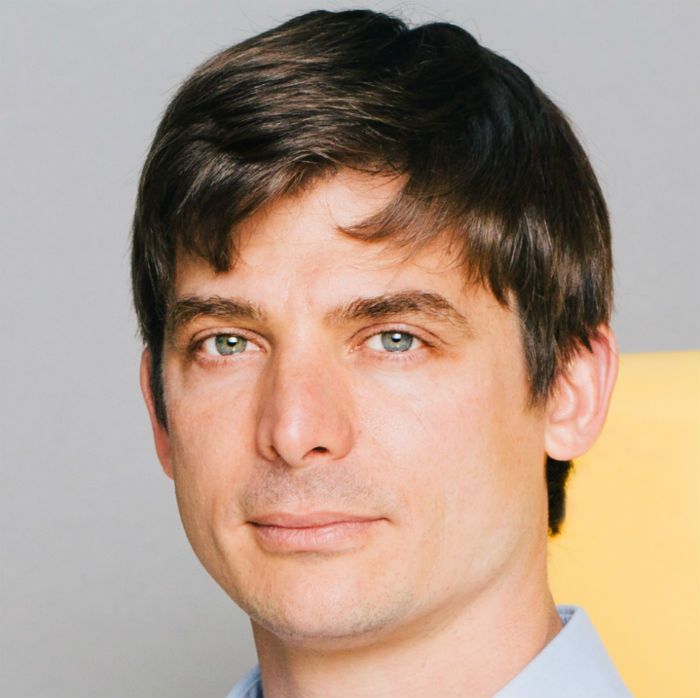 We're trying to be a toolkit company to enable us to do all sorts of different things, which is a much bigger bet and more challenging, but a bet that we think is worth taking.

Continue working on lab-grown meat to decrease cost and scale up production; partner with major producers in all segments to expand distribution of sustainable and healthy food options.

Which came first: the chicken or the egg? The question has been pondered by everyone from philosophers to farmers since humans domesticated chickens.

But for JUST, it doesn't matter which came first. What matters for the San Francisco company, formerly known as Hampton Creek, is that it is set to bring both to market this year — in high tech and sustainable ways.

Both of these accomplishments were led by JUST founder and CEO Josh Tetrick. A Fulbright scholar and law school grad, Tetrick started JUST with the idea of using resources in the plant kingdom to create a healthier and more sustainable food system that is affordable and tastes good.

"It's trying to figure out a way through our technology platform, through the talent that we have, through the products we sell, to reach people who are intrinsically good but are too busy, too poor, don't care, whatever it is — which is to say 99.99% of the world — to figure out a way to get them to eat well," Tetrick told Food Dive in an interview last year. "That's the challenge, and that's hard, and that's the point."

"It's trying ... to figure out a way to get them to eat well. That's the challenge, and that's hard, and that's the point."

Many companies have tapped into technology to try to eliminate the need of animals for meat. It has been one of the hottest topics in food this year, with several well-funded companies scrambling to get to the intersection of science, chemistry and affordability, so that enough cell-cultured meat to bring to market can be produced.

From the moment that JUST announced it was going into the space, Tetrick has said that its lab-produced chicken would be sold somewhere before the end of 2018. In September, he said that things are on track for cultured meat to be on menus of a few high-end restaurants before the end of the year. He said it’s unlikely to be a beautiful chicken breast like consumers buy at the store, but it will be real meat.

"You’ve got to sequence technology to get it to a price point that more folks can actually experience," Tetrick told Food Dive. "So I think although that kind of chicken breast at less than $2 a pound is certainly is four or five or however many years off, it doesn't mean that you can introducing in a safe, tasty way to the market a lot sooner."

And the company also brought its JUST Egg substitute to consumers in a big way. Although the mung bean protein-based pourable liquid — which looks, cooks and tastes similar to the real thing — officially launched last December, it reached hundreds of restaurants nationwide, as well as gained wide grocery store distribution in 2018. And, through a game-changing manufacturing and distribution partnership with Italy-based egg company Eurovo, JUST Egg reached Europe. In October, a partnership with Aramark was announced, which got the product in corporate, hospital and university cafeterias. Last month, JUST Egg arrived in Singapore.

The company achieved more than products that are related to poultry. In 2018, JUST launched Power Gari, a Liberia-based food aid project designed to inexpensively feed the poor in that country and begin a profitable line of business. The company also launched a partnership with Asian accelerator Brinc, adding to its R&D capabilities and giving it a key foothold in the fast-growing Asian market.

Considering that in 2017, JUST was the subject of a federal inquiry into its business practices, gained and lost its entire board of directors and fought a high-profile battle with Target, its accomplishments this year are all the more impressive. The company has sailed through these issues and achieved business goals.

Vegan eggs and lab-grown meat, Tetrick said, are two things that JUST has had its eye on for years. And even though JUST Egg first rolled out last year, it’s already undergone a reformulation.

"We make sure that products are things that we can do, and we execute the hell out of it," he told Food Dive in September.

In September, Tetrick told Food Dive that he sees everything JUST does — dressings and sauces, egg substitutes and meat built on the base of plant protein — as parts of being a company that can do many different things.

"We're trying to be a toolkit company to enable us to do all sorts of different things, which is a much bigger bet and more challenging, but a bet that we think is worth taking," he said.

View all | Post a press release
Final Foods Launches Plant-Based Meat for Gourmet Chefs
From Final Foods, Inc.
Glow expands into US market with ESG focused consumer insights product
From Glow
The One Step Closer to Zero Waste Campaign and first-ever OSC Packaging Innovation Award
From One Step Closer Packaging Collaborative
Kindness - a plant based food startup looks to expand the market for alternative proteins
From Kindness
Editors' picks
Latest in Corporate Operations
Industry Dive is an Informa business
© 2023 Industry Dive. All rights reserved. | View our other publications | Privacy policy | Terms of use | Take down policy.
Cookie Preferences / Do Not Sell