6 canceled food products that came back with a vengeance

Your knees ache, your back doesn’t bend the way it once did, and your skin gets dry and wrinkled. Also, the foods you loved as a child disappear along with the hair on your head.

Sometimes, however, just a tiny bit of your youth returns. You throw a football to a child and realize you can still toss a spiral. You take a dog for a walk and it turns into a run. And sometimes those lost foods return to the store aisles.

Here are six of our favorite childhood foods that have returned from the dead. 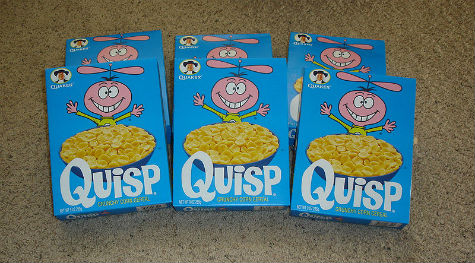 In 1965, few things were as cool to kids as the cartoons of Jay Ward. He made Rocky and Bullwinkle. He made Dudley Do Right, Peabody and Sherman, Super Chicken, George of the Jungle and others.

He also did the animated TV commercials for Quake and Quisp cereals. And those ads were so appealing—at least to six-year olds glued to Saturday morning television—that the otherwise average cereals became hits. But as those six-year olds closed in on 60, the cereal brands disappeared.

Quisp, owned by Quaker Oats, went through years of off-and-on returns, often sold only online, until, at last, it returned to mass-market distribution in 2012. 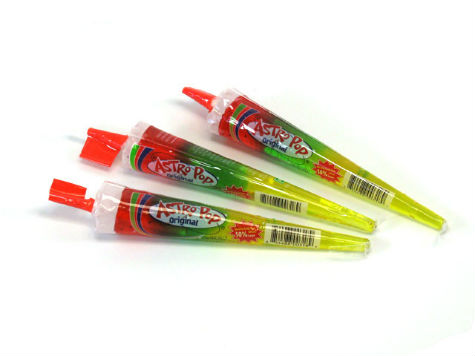 You know what else was cool back in the 1960s? Rockets!

The Astro Pop was, essentially, a lollipop. But the fact that it had been “invented” by two rocket scientists, and that it was shaped like an actual rocket, had tremendous appeal to kids.

Licking an Astro Pop sort of prepared you for living in space (at least in the mind of a preschooler), whereas licking a traditional, round lollipop seemed crazily old-fashioned.

But by the time a new generation was raised on the Space Shuttle, which isn’t cone-shaped at all, the Astro Pop itself had become a relic of the past.

Then, in 2004, a company called Leaf Brands bought the Astro Pop name and revived the multicolored pop.
Those one-prospective space dwellers, now in their '50s, rejoiced. 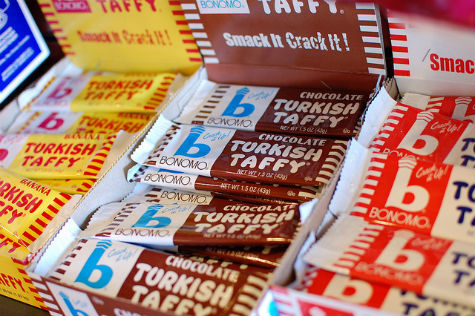 It’s unlikely that Bonomo’s Turkish Taffy was ever popular in Turkey. But it was popular in the U.S.—particularly with two little boys named Kenny Wiesen and Jerry Sweeney.

No doubt that they, being boys and all, were enamored of the way you were supposed to eat Turkish Taffy -- by hurling the package of rock-solid candy on to the ground until it broke into bite-size pieces.
In the early 1980s, the taffy brand was owned by Tootsie Roll, which apparently couldn’t sell the stuff. So they shut down production.

In 2002, those two little boys had grown up, and they set about reviving the beloved brand from their childhoods.
Hijincks and lawsuits ensued. But in 2010, the two taffy-loving boys watched as the Bonomo’s Turkish Taffy bars rolled down an assembly line once more. 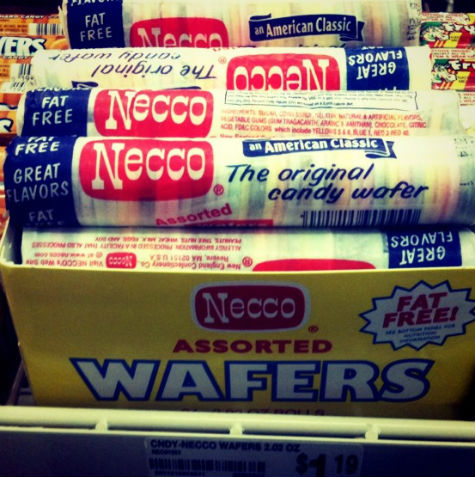 These unusual, coin-shaped, chalky treats from the New England Confectionery Company, had been around since 1847. They were always an acquired taste—strangely dry and sour. But people loved them for years and years.

After World War II, sales began a steady decline. Then, in 2009, some genius at the company decided to alter the taste of Necco Wafers to make them more palatable to modern tastes. The traditional Necco Wafer disappeared—​replaced by something softer and more natural tasting.

Eventually reason prevailed and the original Necco Wafer was born again. Proving, if nothing else, that there are some people who like dry, sour, chalk in a coin shape.

By now the whole world knows the story of Twinkies: A group of people made the terrible mistake of thinking that their business and jobs were about money, where the truth was that they had been called to fulfill a holy quest: to manufacture a cream-filled cake so full of chemicals that it could be immortal.

If only they had known our co-worker from the 1980s, who pinned one to his cubicle wall and left it there for years and years. If they had seen that wonder of eternity they would have known the truth: no one can kill Twinkies. There are always people out there talking about "truth" and claiming that Twinkies can not outlive the planet, but they are infidels.

And look what happens when people listen to "truth."

In early 2012, Hostess Brands announced it would file for bankruptcy. The problem had to do with money, as if profit was what mattered with Twinkies! There were apparently a group of workers who -- if you can believe it! -- also had some money concerns.

Fortunately, the heavens interceded. New investors came forward, bought the brand and the factories and returned Twinkies to their rightful place in your grocer’s aisle. Where they shall remain until the end of time.

For decades, one face was missing from General Mills' pantheon of monster cereal mascots. Do you know what it was?

The answer is a werewolf. The spelling of Frute Brute's name has changed since he first appeared in 1974, but 2013 marks his first official return to stores since 1982, and he brought Yummy Mummy with him. The Brute even looks like he make a visit to the salon to himself looking halfway decent for his new box-front headshot.

Actually, Chip-A-Roos never came back. We just keep hoping and hoping that someone will revive the chocolate-chip cookie from our childhhod. But alas, Sunshine Biscuits sold the brand to Keebler in 1996 and those bloody elves shut down production.

You can’t imagine how much this hurts us.

Would you like to see more food and beverage industry news and information like this in your inbox on a daily basis? Subscribe to our Food Dive email newsletter! You may also want to check out Food Dive's look at how much influence children have with grocery decisions.

View all | Post a press release
Industry Dive publications win 6 National Gold Azbees – most of any publisher
From Industry Dive
Nonprofits, NGOs: "New Yorkers Need Leadership from State Legislators to Increase Recycling, R…
From The Recycling Partnership
Grecian Delight Kronos Introduces ReadyCarved,™ New Line of Global Protein Slices at the Nati…
From Grecian Delight Kronos
Danish company presenting revolutionary technology at the world’s leading trade fair in Germany
From Source Technology
Editors' picks
Latest in Packaging / Labeling
© 2022 Industry Dive. All rights reserved. | View our other publications | Privacy policy | Terms of use | Take down policy.
We use cookies to optimize your experience on our website and for analytics and advertising purposes. By continuing to use our site, you agree to our cookie policy. Learn more
Accept