Defying expectations about what a plant-based protein can do 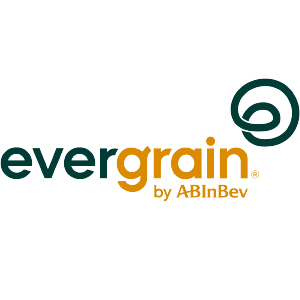 At the end of the beer brewing process, most people see all that leftover spent grain as just that – spent. But to EverGrain™ CEO Greg Belt… spent is a misnomer. Brewers’ spent grains house 2.7 million metric tons of nutritious plant protein, enough to meet 150 million people’s daily protein needs.

Enough of a reason to transform the name spent to saved, and enough of a reason to upcycle the barley protein left over from brewing beers like Budweiser and Michelob Ultra. The result: a plant-based protein with a taste and nutritional profile that could compete with – and even outperform – other protein powders available at scale today. Quite a vision, you might say.

So, with a determination to do more with less, Belt set out to find a way to bring his vision for barley protein, from the 1.4 million tons of brewers’ grains left over from the brewing process at AB InBev alone, to its full potential.

Consumer demand for plant-based solutions and the food industry’s interest in sustainability have led to explosive innovation and growth in the plant-based protein category. For barley, the latest entrant, the journey to the protein mainstream has been a long one.

Long-dismissed because of its high carb content, barley becomes a lean, mean, protein-delivery machine when it’s gone through the brewing process, a process that takes out the carbohydrate load and leaves an abundance of protein for the taking.

So, this once-derided ingredient, previously seen as something of a misfit, suddenly starts to look like the protein to conquer them all.

And because the supply of barley, for EverGrain, is inextricably linked with AB InBev’s brewing process, there’s little-to-no supply chain volatility. Just a steady supply of naturally processed barley, grown and made in the USA.

Greg Belt’s initial vision for barley protein has evolved into a new, $100 million production facility in St. Louis, giving EverGrain, unlike other entrants in this nascent category, the ability to do more than just talk the talk. As a result, EverGrain can now produce a pioneering protein at scale.

One of the many things at work in EverGrain’s new upcycling facility is their first powdered barley protein product, EverPro, a product which tackles some of the biggest issues in protein powders and beverages today.

One of these issues is taste. Nutritional beverages made with EverPro are, according to consumer studies, preferred 10-fold over not just pea and rice, but over whey too.. That’s because barley has a soft, roasted taste, playing well with whatever it’s mixed with instead of having a strong or overpowering taste of its own.

EverPro is also 98% soluble at almost all pH levels, so it essentially disappears into whatever it’s mixed into. That means no chalky or gritty texture and no perceivable mouth feel, just a smooth delivery of high-quality protein.

And EverPro’s nutritional profile is one of high bio-available protein, very low carbohydrates, just a half gram of natural sugar per 100g. It’s also free from cholesterol, soy & dairy.

Don’t forget the protein’s sustainability creds. Thanks to its Upcycled Certified™, Non-GMO Project Verified process, EverPro emits lower carbon and uses drastically lower land and water than other plant or animal proteins available at scale today. It’s as good for the environment as it is for food.

While not yet an established ingredient, EverPro’s GRAS determination has been authorized by the FDA, and the list of ways in which it can be used is significant and growing. From protein powders, to nutrition drinks and milks, the world – and food producers in all categories – should plan to see a lot more barley in the coming years.