In just a year and a half, Singapore-based Next Gen Foods has raised $30 million for its clean-label and culinary-friendly poultry analog, and plans for this to eventually be its largest market.

But then there's Tindle. The clean label plant-based meat from Singapore-based Next Gen Foods can be hand-molded into different shapes.

"It's really a play-dough," said Andre Menezes, co-founder and CEO of Next Gen Foods. "It comes frozen, so once it's thawed, chefs can do whatever they want. They can shape it on a skewer, as schnitzel, as a sandwich, as nuggets."

Tindle has seen huge growth in just over a year. Next Gen Foods was founded in April 2020 by Menezes, previously the general manager of Country Foods Singapore, and Timo Recker, creator of Germany's plant-based LikeMeat brand, which was bought by The Live Kindly Collective. In February, Next Gen broke fundraising records with a $10 million seed round, which is the largest for such an early stage plant-based company. Tindle launched in restaurants Singapore in March, and has since expanded to foodservice in Hong Kong, Macau and the United Arab Emirates. In November, it launched in restaurants in Amsterdam.

Next year, Tindle is debuting in the United States. The company made its intentions known in July, as Next Gen Foods announced a $20 million extension to its seed round, boosting its funding total to $30 million. In October, Menezes came to the United States to meet with chefs and preview Tindle at the Food Network & Cooking Channel New York City Wine & Food Festival. At the time, he said the goal was to have Tindle available here on menus in early 2022.

"We've been able to do in six months what other companies — even the most well-seeded companies in the world —  maybe [it] took them six to seven years," Menezes said.

Despite Menezes' fanciful description, Tindle is not just modeling clay. Made out of nine ingredients, it's a non-GMO, zero-cholesterol chicken analog with 17 grams of protein and only 120 calories per serving, according to the company. Menezes said they made Tindle as close to chicken as possible from a nutritional standpoint.

But the product is a step beyond most plant-based meat in its form and function.

"We have freed ourselves from the notion that we needed to mimic a chicken in every single step," Menezes said. "We went to understand what people really liked about chicken, and from there we designed the product. We needed a product that was fibrous. We needed a product that tasted like chicken and had that fatty chicken smell that comes from the chicken fat. And we need a product that was versatile, but then we took that versatility to another different layer and we upgraded. What you can do with Tindle, you cannot even do with chicken."

Menezes said that chefs have basic instructions on how to use Tindle, but they bring their creativity and seem to always be discovering new ways to use the meat analog. He said chefs are teaching them quite a bit about how to use it, turning it into skewers, shreds and fillets.

Tindle has two concepts at its core. It's clean label — made with ingredients that the average consumer would recognize — and it's said to be more sustainable than traditional meat. Its only ingredients are water; texturized soy, wheat gluten and wheat starch proteins; and coconut oil, methylcellulose, oat fiber and a proprietary ingredient called Lipi.

While Lipi has a unique name, Menezes said it's a distinctive blend of sunflower oil and natural flavorings. It not only brings a chicken-like flavor to the product, but it also provides the kind of fatty texture consumers expect from the meat, he said. Unlike plant-based ground meat products, you cannot put small bits of fat throughout a chicken analog, he noted.

"We have developed that emulsion [so] that when we are producing the product, it goes within the fibers and it blends very nicely in," he said. "So at the surface, it browns very well, but ... it's kept inside so when you fry it, when you cook it, it's moist and it's juicy."

While Tindle bills itself as a tasty plant-based chicken option that can be used both in high-end cuisine as well as simple applications, its sustainable promise also goes deep. The name Tindle, Menezes said, actually is a play on the name of Irish physicist John Tyndall, who discovered and explained the greenhouse effect.

"The whole reason for our existence is sustainability and actually to minimize the greenhouse gas effect and climate change," Menezes said.

Coming to US menus soon

Since Tindle was created, Menezes said the company has wanted to expand to the United States. The U.S. is one of the world's largest for meat in general, he said, as well as for all kinds of cuisine. Menezes thinks the U.S. will soon be Tindle's largest market, and the company is currently building its U.S. offices and presence.

"We don't see the U.S. as being just another market," Menezes said. "We want to be perceived by our consumers and business partners as being a truly American company for the American market."

The current global supply chain crunch is not really hurting Tindle, he said. Farmers raising chickens need to get feed and supplies to their livestock, then the chickens themselves need to be carefully transported. There aren't anywhere near as many links in the supply chain for Tindle, even though there is currently only one factory in the Netherlands that makes it, Menezes said. Tindle has its inputs, it operates its factory, and products go directly where they need to be.

Right now, Tindle is a bit more expensive to produce than meat, though Menezes said that adding more manufacturing infrastructure — including an eventual production facility in the United States — should bring that cost down. And while the company is currently targeting restaurants and chefs, Menezes said Tindle will someday be available in CPG form.

Menezes sees Tindle — and all of Next Gen Foods, for that matter — continuing its growth trajectory in the next several years. The pioneers in the plant-based meat space have proven that consumers don't need to feel they are sacrificing when they opt for analogs. Menezes said he's a meat lover, but he hasn't had a beef burger since 2019 because he's been satisfied with alternatives. Tindle is building on their work, he said, and further showing that a plant-based diet can be one to enjoy and savor.

Next Gen Foods has created several prototypes for more plant-based products, including seafood, beef and dairy. Menezes isn't sure what the company will dive into next — it will depend on the markets and the tech, as well as sustainability needs. But right now, he said, building and expanding Tindle is the company's top priority.

"Our next six months will be definitely very busy. I have no doubt of that," Menezes said. 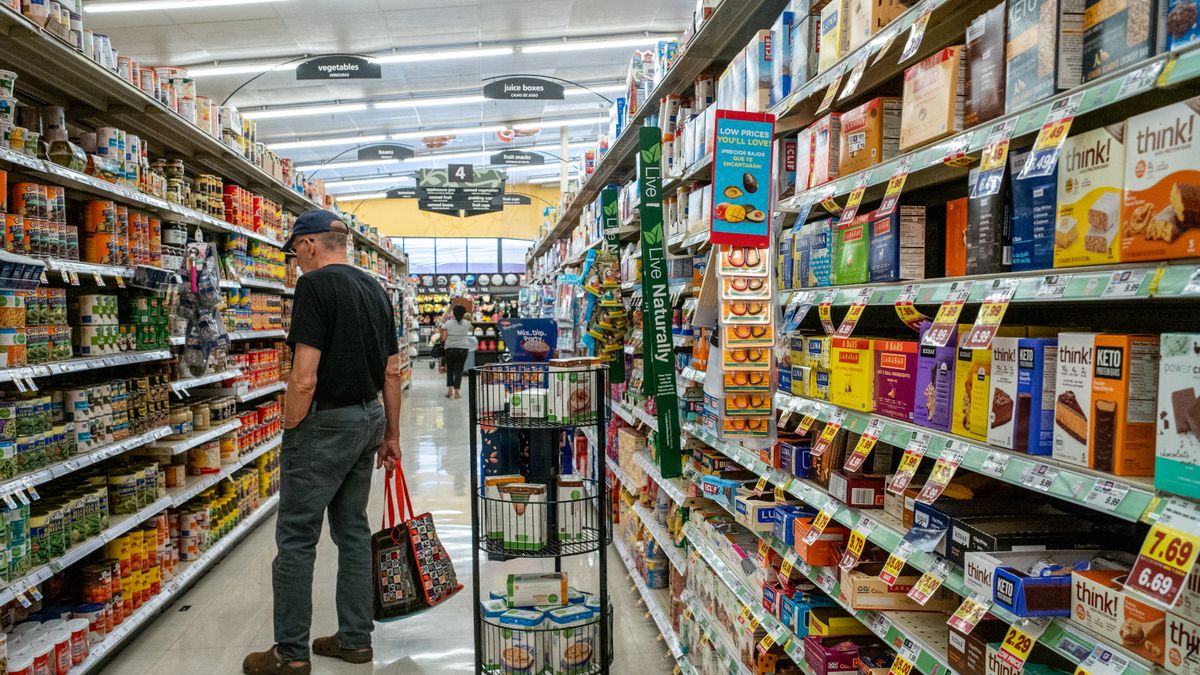 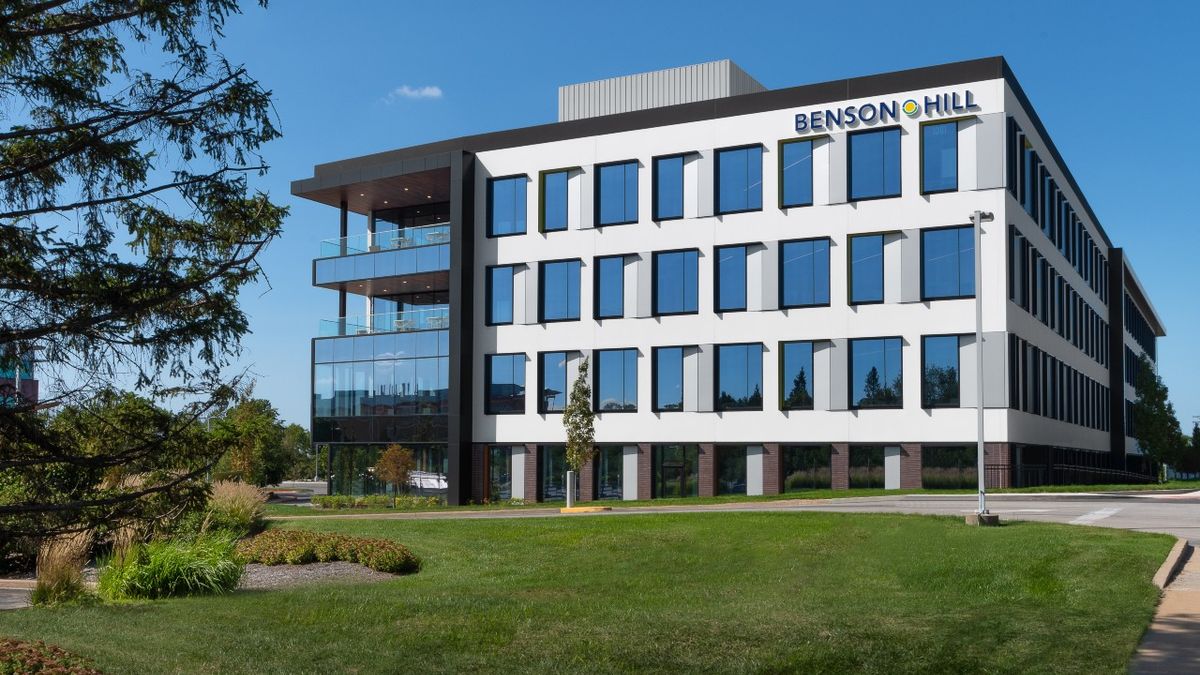