The grocer says it has achieved significant cost savings and is ready to grow, but experts question whether it has done enough to differentiate itself from competitors.

Editor’s note: This story is the fourth installment in a monthly series looking at the benefits of industry consolidation. Previous articles sponsored by BMO Harris Bank can be found here.

The blockbuster merger of Ahold and Delhaize in 2016 created one of the largest supermarket chains in the U.S., giving the combined company more than 2,000 stores along with enhanced buying power, scale to innovate and more resources to battle growing competition from discounters like Aldi and retail giant Walmart, online players like Amazon and upscale chains such as Wegmans and Publix.

Two years after the $29 billion tie-up, there is a general consensus among analysts that the merger has delivered on these promises and given the grocery giant more resources and funds to invest in its business. Without the savings generated from the deal, Ahold and Delhaize as separate entities would have been weaker players, with less ability to compete on key attributes coveted by consumers such as convenience, price and experience.

Ioannis Pontikis, a Morningstar analyst in Amsterdam who covers Ahold Delhaize, said much of the $569 million in net synergies the company expects to reach in 2019 from the deal — up from $478 million in 2018 and $305 million in 2017 — have gone toward lowering prices to remain competitive in parts of the southeast where Walmart and other discounters have a big presence, refresh the Food Lion and Stop & Shop chains and expand the company's e-commerce leverage to other banners — most notably those owned by Delhaize which had trailed Ahold and its Peapod unit in online progress before the acquisition.

The merger "was very fortunate for Ahold Delhaize because it allowed the company to withstand the competitive pressures during the last couple years," Pontikis​ told Grocery Dive. "With those kind of synergies, with those kind of savings ... I think they have the power to [remain competitive] in that very fiercely competitive environment.”

The combination, which placed the Dutch supermarket operator third in its U.S. store count behind pure-play grocers Kroger and Albertsons, further cemented the company's dominance along the Eastern Seaboard where Stop & Shop, Giant, Food Lion, Giant Martin's and Hannaford chains, along with online grocer Peapod, are market leaders in their respective areas.

Ahold Delhaize executives told analysts at the company's Capital Markets Day in New York City earlier this month that it has moved on to the "next step" in its transformation. The grocer is now focusing on expanding its omni-channel strategy and investing millions in its local brands to overhaul aging stores; increasing its technological presence through Peapod, robotics and data analytics; and further personalizing the shopping experience in each region where it operates.

Ahold Delhaize, which collects roughly 60% of its revenue from the U.S., has generated a strong uptick in sales at Food Lion following a chain-wide store update underway that prioritizes fresh and prepared foods. A similar refresh is now underway at its 104-year old Stop & Shop banner with experience-focused features like taquerias, wood smokers and community-table dining being added.

The company also is slowly rolling out initiatives like automated checkout, self-scanning technology and digital price labeling on the shelf. A Stop & Shop store in Windsor, Connecticut is testing an automated micro-fulfillment center with Takeoff Technologies that will rely on robot pickers to assemble orders — a process the grocer said speeds up picking and packing and also saves money.

Frans Muller, who headed Delhaize before the deal and was instrumental in orchestrating the merger, said he is pleased with how the transaction has turned out. "I think we did better than we would have expected. We are very happy with what we've done so far," Muller, now Ahold Delhaize's CEO, told reporters. "We delivered exactly on the synergy levels we committed to."

Ahold Delhaize executives remain confident that the company is stronger together. It currently holds the No. 1 or No. 2 position in 95% of the markets where it operates, and in the past year has increased its market share company-wide by 0.2%. Its major banners have all posted an increase in share, except for Stop & Shop, which has posted flat growth.

As it looks for growth in an increasingly competitive industry, Ahold Delhaize has given its U.S. banners the autonomy to function independently, operating with a product mix and marketing strategy that meets the needs of customers in the region. The decision to allow each chain to maintain its own sense of independence at a time when consolidation is growing has been widely praised for a company that generates $40 billion in U.S. sales annually.

Pontikis said management opted to implement a conservative integration plan of extracting more predictable cost savings and investing in the business rather than putting in place sweeping changes across its brands. He said the company could have tried a more aggressive approach by harmonizing its disparate distribution systems or offering the same in-house brands across multiple banners before keeping the best-selling ones.

"The regions that the grocer's operating in are not homogeneous," he said. "You can't have the same offering in both regions to justify a more aggressive [integration] approach."

In the northeast, where Stop & Shop is located, Ahold Delhaize serves more affluent suburban and city-dwelling consumer who is less concerned about price, and competitors who tend to be more like traditional grocery stores. Growth in this area tends to be slower.

In contrast, Food Lion in the southeast tends to cater to shoppers who are hyper-focused on price. Competitors, not surprisingly, are more heavily skewed toward Walmart, Aldi, Lidl and other discounters.

Elley Symmes, a senior analyst with Kantar Consulting, said that while the merger was "definitely a positive" — citing its ability to make Ahold Delhaize competitive on price, expand its private label offerings in Food Lion and tap into the "best in class" management team at Hannaford for other parts of the business — the company as a whole is not doing enough to differentiate itself from its competitors.

Ahold Delhaize has prioritized keeping margins around 4% rather than sacrificing cash flow and short-term growth like Walmart has in planning for an online future, Symmes noted. Ahold Delhaize's margins have risen steadily —  from 3.7% in 2016 to 4% so far this year, while free cash flow has increased from $1.6 billion two years ago to more than $2.25 billion in 2018.

"They are not moving at a quick enough pace," Symmes said. "I just feel like they never quite aggressively do what they need to do. It's more putting a Band Aid on [the problem] so they can continue to have decent performances but never knocking it out of the park. The larger issue is that Ahold Delhaize banners kind of remain in this undiffentiated zone and what they are doing to address that in the longer term I have yet to see."

Establishing long-term shopper loyalty in much the same way that Publix and Wegmans have done is paramount, she said, as more consumers purchase their groceries online. The Food Marketing Institute and Nielsen predict that online shopping will reach $100 billion in annual sales by as early as 2022, and that 70% of shoppers will at least occasionally purchase groceries online by that time. As this happens, service and price will increasingly play a role in attracting shoppers to brick-and-mortar locations.

"If your store experience is average, if not below average, and other retailers are either beating you on price or experience, which continues to happen, then you're in trouble," Symmes noted. "The effects of that take time to happen. I think it's over time, gradually, and we're already seeing that [with Ahold Delhaize] but you're going to see it in an accelerated way."

The strategy behind the two-year-old merger offers a glimpse into the forces driving consolidation in the grocery industry. Analysts agree the country is over-stored, with major markets saturated and nearly 40,000 supermarkets stretching from coast to coast. With margins shrinking against forces like price wars and rising freight and labor costs, retailers are under pressure to forge efficiencies and build scale wherever they can.

Ahold Delhaize's merger came amidst a wave of blockbuster mergers, including Albertsons' pickup of Safeway and Amazon's $13.7 billion acquisition of Whole Foods. But signs point to an acceleration in smaller deals as regional chains and independents feel the brunt of industry pressures. Recent deals include Schnucks' acquisition of 19 Shop 'n Save locations in St. Louis, Lidl's pickup of 27 Best Met supermarkets in New York and New Jersey, SpartanNash acquiring 21-store Martin's Super Markets.

Ahold Delhaize, which touts its strong balance sheet, remains on the lookout for smaller and mid-size companies to purchase that gives it a chance, Muller said, "to gain share, to deepen our footprints and make our brands along the East Coast even bigger."

The retailer had $5.7 billion in cash and cash equivalents as of Sept. 30, giving it plenty of funds to buy another grocer. Ahold Delhaize is targeting stores that are presently in the top two in regional market share where the company currently operates, or in markets near where it has operations.

“We’ve built a platform for growth, with a structure in the organization that makes us fit to win, fit to grow and fit to gain market share — not only in bricks-and-mortar but also in omni-channel, which includes e-commerce. We feel we are very well-positioned to win.”

Symmes said the grocer should look beyond its comfort zone and acquire a high-performing regional banner that has a good technology platform or excels in e-commerce, similar to Iowa-based Hy-Vee, that would bring growth to the company.

"If they are going to go out and acquire someone, and they have the cash to do that, think about acquiring somebody for tomorrow, not yesterday," she said. "By all means, it's important to have cash lying around for the business, of course, but for a company like Ahold Delhaize that is just in the middle and not super differentiated" they should be investing to reinvigorate their business.

For the most part, Muller said the company has done a good job integrating the cultures, accounting and other internal operations of Ahold and Delhaize with few regrets. In the U.S., Muller said he has "no second thoughts. It couldn't have gone much better." Overseas, he pointed out that the company should have moved faster to include parts of Europe into the integration process.

“We’ve built a platform for growth, with a structure in the organization that makes us fit to win, fit to grow and fit to gain market share — not only in bricks-and-mortar but also in omni-channel, which includes e-commerce," Muller told analysts. "We feel we are very well-positioned to win.”

This series is brought to you by BMO Harris Bank, a leader in commercial banking. To learn more about their Food & Beverage expertise, visit their website here. BMO Harris Bank has no influence over Food Dive's coverage. 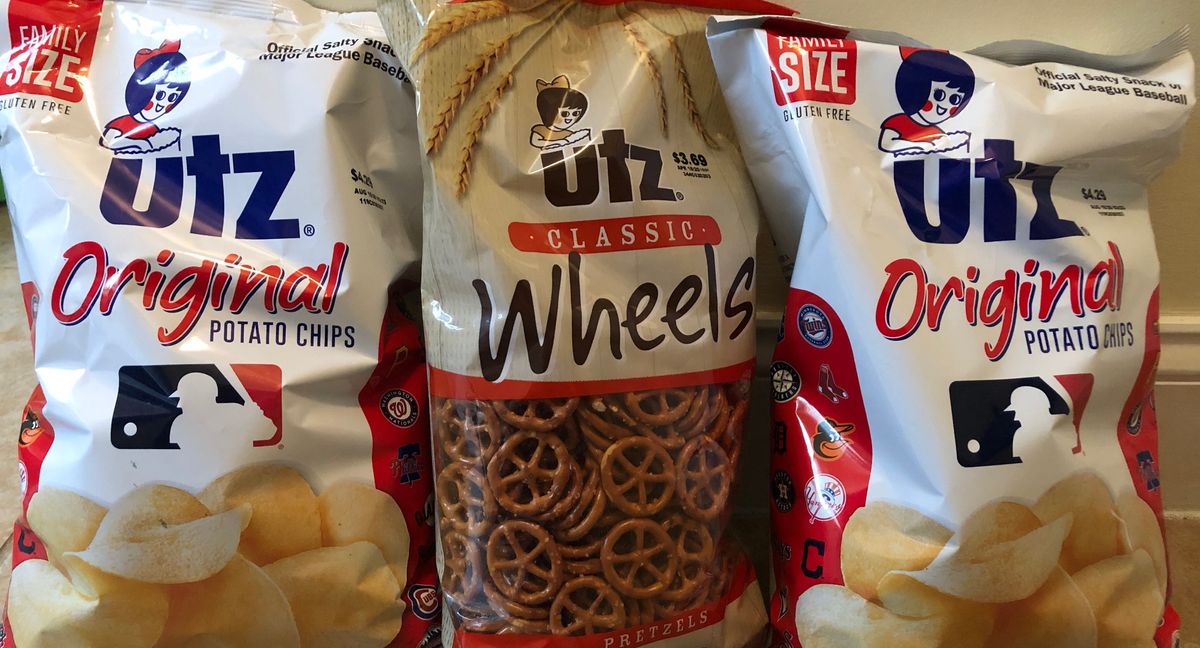 View all | Post a press release
TCHO Reaches Plant-Based Goals Ahead of Schedule with Debut of Two New Professional Baking Cho…
From TCHO
New Study Finds No Relationship Between High Intake of Refined Grain Foods and Risk of Cardiov…
From Grain Foods Foundation
Introducing Cumulus 2023, An Ecosystem Event Focused on the Future of Food
From Cumulus
Nestlé-Froneri Selects Resugar as Sugar Substitute for Newly Launched 99 Calorie Ice Cream Bars
From Resugar
Editors' picks
Latest in Corporate Operations
© 2022 Industry Dive. All rights reserved. | View our other publications | Privacy policy | Terms of use | Take down policy.
Cookie Preferences / Do Not Sell