For those who want the ultimate thrill for their taste buds, Mtn Dew has created a mashup for the ages: Mtn Dew Hot Sauce.

The limited-edition hot sauce is the same bright green as the beloved soda. It was created through a partnership between the PepsiCo soda brand, Texas hot shop marketplace iBurn and basketball star Joel Embiid. The sauce uses habanero peppers and, according to a release sent to Food Dive, melds the citrusy taste of Mtn Dew with a spicy sauce.

Mtn Dew capitalized on the popularity of the soda and the Cameroonian Philadelphia 76ers star on social media, letting fans decide what the hot sauce would be flavored with polls on Twitter and Facebook. The vote was between the winning Habanero, as well as Peri-Peri, Fatalii and Datil.

“We sampled so many different flavors, spices and peppers while making the sauce. It was crazy!” Embiid said in the release. "And the best part was that we got to bring DEW fans along for the ride. I think people will agree that there is no other hot sauce like this.”

The hot sauce will not be sold in stores or online, and just 500 bottles were made. The brand said it will be surprising super fans with it, and will be looking for people to say what they would put the hot sauce on.

While a soda-hot sauce mashup sounds a bit crazy, Mtn Dew is the most likely brand to do it. In its 80-year history, the brilliant green soda has launched more than 30 different flavor varieties in the United States, ranging from purple hued grape-flavored Pitch Black with dark fruity flavor to candy-flavored VooDew. In 2014, PepsiCo was apparently testing a crazy flavor meld — “Dewritos,” a Mtn Dew variety that was flavored with the soda giant’s Doritos snack — that never was produced. (However, a chip variety — Doritos that taste like Mtn Dew — was released in Australia earlier this year.)

This launch is likely to excite aficionados of the beverage, which is the fourth most popular carbonated soda in terms of sales, according to Brandirectory. And hot sauce is also growing in popularity and is expected to be worth $1.55 billion in sales in the U.S. this year, according to Statista. Combining the popularity of these two items together, as well as the fact that these bottles are ultra-limited, could make it easy for this new hot sauce to be green.

Godiva is hoping to spread a little extra sparkle this holiday season with edible glitter.

The chocolatier just announced the launch of its limited-edition Holiday Gift Collection and seasonal treats. The collection features boxes filled with its classic chocolates and truffles, as well as a new, limited-edition Sparkle Collection.

The new chocolates were created by Chef Chocolatier Jean Apostolou, who wanted the candies to have a festive shimmer.

"The inspiration for these chocolates came directly from the twinkling lights and ornaments of the holiday season,” Apostolou said in the release.

Although Halloween just passed by, Godiva is not wasting any time getting ready for the next holiday featuring chocolate and candy purchases. Around the holiday season, Godiva usually launches seasonal products and marketing campaigns to ramp up interest.

Chocolate makers often have some of their best sales around the holidays, and many launch limited-edition products to capitalize on that. Last year, more than 90% of Americans said they planned to gift or share chocolate and candy during the holiday season. After a tough year with the pandemic, consumers may be especially looking to add some additional sparkle to their lives.

But Godiva is far from the only brand turning to edible glitter to make their products shine. In recent years, edible glitter has been added in everything from bagels to pizza as customers increasingly want to share pictures of their food on social media. Some brands have also found other ways to give their products some shimmer, like Runamok Maple which uses food-safe pearlescent mica to make its Sparkle Syrup.

As consumers spend more time at home with the temptation to indulge, Quest Nutrition is aiming to help people do more with less.

Quest, the maker of high protein snacks, is moving into the better-for-you confections category with the launch of Quest Peanut Butter Cups. The sweet treat pairs the classic flavors of chocolate and peanut butter with the better-for-you nutrition sought after by consumers. Each serving of two Peanut Butter Cups has less than one gram of sugar, 11 grams of protein and one gram of net carbs.

"People are indulging in sweet treats during these challenging times, but that doesn't mean they want to abandon their health goals," Linda Zink, chief marketing officer for Quest Nutrition, said in a statement. "Our goal is to disrupt all the food categories people crave with better-for-you options.”

Almost two thirds of consumers say they are eager to reduce or avoid sugar completely, Quest said, citing NPD Group data. But consumers still want to indulge, and brands that are able to provide tasty offerings with less of these shunned ingredients stand to gain meaningful market share.

Quest was purchased last year by Simply Good Foods, the maker of products under the Atkins brand, for $1 billion. Simply Good said the purchase would expand its reach into the better-for-you snacking space while giving it a broader product offering for consumers and retailers. The addition of peanut butter cups to the portfolio further enhances that goal.

But the candy space is becoming increasingly crowded. Mars Wrigley introduced higher-protein versions of its Mars and Snickers bars a year ago, offering 40% and 30% less sugar, respectively. Mondelez debuted its Cadbury Dairy Milk 30% Less Sugar product in the U.K. last summer, featuring soluble corn fiber as a sweetener. And Nestlé rolled out a lower-sugar chocolate bar in the U.K. and Ireland in March 2018 called Milkybar Wowsomes.The product was discontinued earlier this year amid disappointing sales and struggles to sustain distribution. 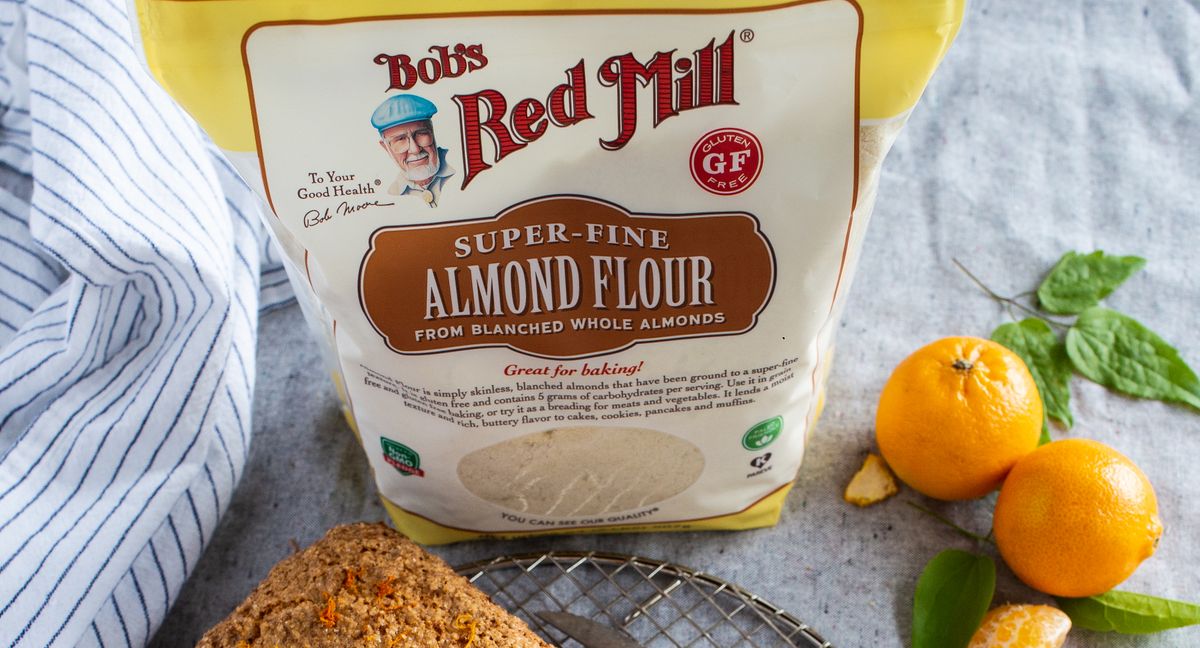 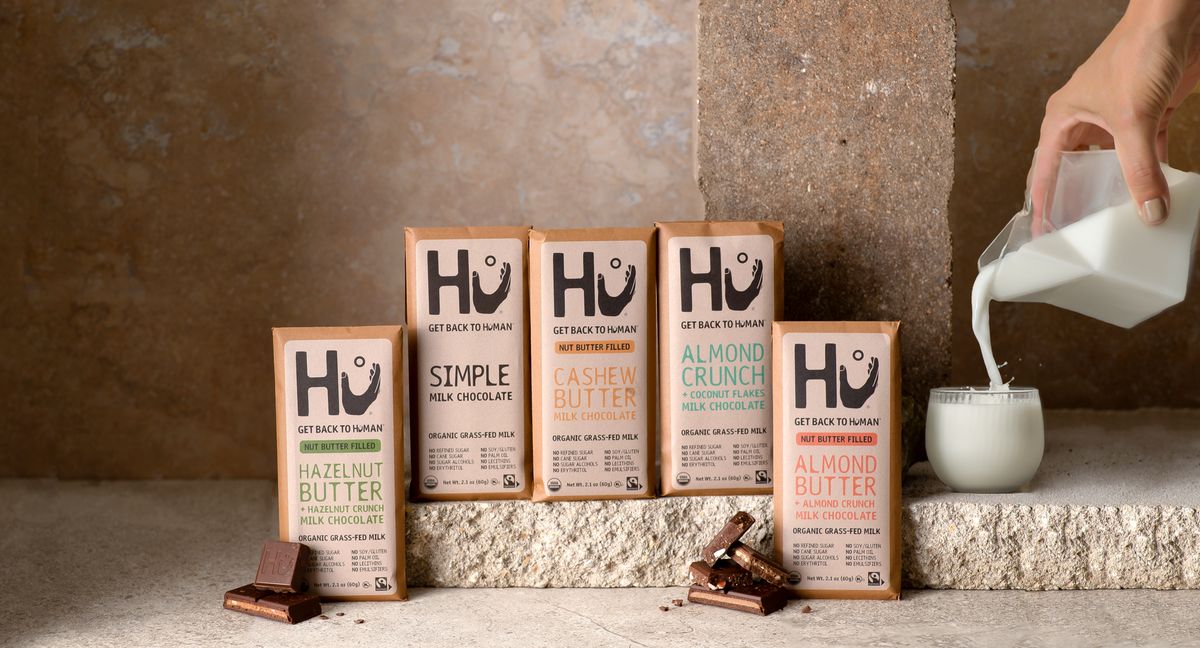