IFF and DuPont Nutrition & Biosciences have merged. What's next?

With the deal closed, the two large companies have formed an ingredients behemoth. As they integrate, analysts say the future for the sector as a whole looks bright.

The $26.2 billion megamerger of International Flavors & Fragrances and DuPont Nutrition and Biosciences, officially completed on Feb. 1, solidifies IFF's place as one of the biggest players in the ingredients space. And the revamped company's brand identity, "Where science and creativity meet," wraps up how IFF hopes to differentiate itself in the broader industry.

The merger brings together IFF's expertise in food flavors and fragrances and the former DuPont division's leading positions in probiotics, enzymes and food protection. The combined company has estimated 2020 pro forma revenue of more than $11 billion, and earnings before tax, interest, depreciation and amortization of approximately $2.5 billion, excluding synergies, according to a company statement. IFF says the combined company has leadership positions in taste, texture, scent, nutrition, enzymes, cultures, soy proteins and probiotics.

“Strategically, the new IFF is set to truly redefine our industry," Andreas Fibig, IFF chairman and CEO, said in a presentation to investors last month. "We will be a new company for a new era. We are merging the depth and breadth of our partnerships with our customers at a time when consumers are driving massive change to the entire CPG industry. Execution, which is our singular focus now, will drive significant financial benefits for shareholders."

The deal transforms both IFF and the whole ingredients business, which has been an active center for M&A in the last few years. IFF has stood out as a serial acquirer — buying flavors and natural ingredients powerhouse Frutarom in 2018 for $7.1 billion, acquiring Columbia Phytotechnology, also known as PowderPure, for an undisclosed amount in 2017, and flavor experts David Michael & Co. in 2016 and Ottens Flavors in 2015.

Brian Todd, an independent food industry consultant, said all of this dealmaking is logical in the ingredients business. To be a leader, companies want to provide a full portfolio of options in several disciplines. And with a small handful of megaplayers in the ingredients business — IFF was among them before the merger — there are a lot of deals always going forward.

"They're growing through acquisition, which is much easier to do than doing it through innovation, often because you're buying technology ... and innovative companies along the way," Todd said.

As long as the integration can happen quickly, analysts said the future for the bigger IFF — and the rest of the ingredients industry — looks bright. And the progress will be known rather quickly. In the next two weeks, IFF is releasing its next quarterly report, and Fibig will be presenting the company's financial outlook at the Consumer Analysts Group of New York conference.

The new IFF is big, with more than 45,000 global customers, the company estimated last month. But it doesn't just serve big players. Almost half of its business is with small, medium and private label customers.

Brant Cash, a managing director at Harris Williams, a global investment bank specializing in M&A advisory services, said in general, companies in the ingredients business are structuring themselves to provide all needed solutions to CPG companies. Simple formulation changes aren't always that simple, and changing a sweetener or coloring ingredient often means more things need to be tweaked to maintain the look, taste and mouthfeel of an existing product.

And with the pandemic dampening new product launches, Cash said manufacturers may prefer a single company to find all of the ingredients and expertise they need for these changes and innovations.

"IFF sees that trend happening in their business and wants to be that more complete one-stop solution to these customers," Cash said.

“Strategically, the new IFF is set to truly redefine our industry. We will be a new company for a new era. We are merging the depth and breadth of our partnerships with our customers at a time when consumers are driving massive change to the entire CPG industry."

Howard Dorman, partner and practice leader for the food and beverage sector at Mazars, said that there is a great deal of capital in the ingredients market, as well as a desire for vertical integration. The pandemic has shown that there are limited paths to get ingredients. And environmental demands from both consumers and manufacturers are driving the need to improve the ingredient supply chain.

"I'm going to bring the formulator ... and the ingredients," Dorman said, speaking from the perspective of the ingredients company. "And we can have cost synergy savings and be able to provide a lot of connections and data points."

In his presentation last month, Fibig touted the integration the merger is bringing IFF. As consumers look for plant protein, better snacks, safer food, sustainable waste solutions, and nonfood considerations like hygiene, the blended company can bring manufacturers all those things.

"Where we will grow is on the strength of how we put together the pieces of our platform to create value through product formulation," Fibig said. "[With] the strengths of integrated solutions, we can drive broad value for customers with improved speed to market, clear control of product development — so the value chain and compelling cost efficiency of a single point partner, from concept to delivering. This is where the future of our industry lies."

A speedy integration is critical to this merger being able to work well right out of the gate. After a year of pandemic-related restrictions, consumers are hungry for innovative products. Cash said manufacturers are probably ready to turn to companies like IFF to help them quickly produce on-trend products using the latest ingredients to provide flavor, function and nutritional benefits.

"One of the big advantages that you can have in the marketplace dealing with customers is speed to market," Cash said. "When you talk to people in the industry, it's kind of like thinking about buying a car. By the time you've gone and test drove the second or maybe the third car, you've kind of already decided which one you want. And it's similar with tasting flavors. By the time you've tasted the second or third thing, you've kind of already chosen one in your brain. And so being fast to the customer with a sample, and getting them the flavor that they're looking for, and just being quick is super critical."

Cash said if the integration goes slowly and all of the divisions of the larger IFF aren't moving together quickly, it could result in lost business as customers seek solutions at competitors that can be more nimble.

"It's kind of like thinking about buying a car. By the time you've gone and test drove the second, or maybe the third car, you've kind of already decided which one you want. And it's similar with tasting flavors. By the time you've tasted the second or third thing, you've kind of already chosen one in your brain. And so being fast to the customer with a sample, and getting them the flavor that they're looking for, and just being quick is super critical."

IFF knows the challenges of integration. It had issues bringing Frutarom into its fold, discovering in 2019 that two of the company's operations in Russia and Ukraine may have paid bribes to customs officials and given kickbacks to distributors. Many former Frutarom management officials left IFF a year after the acquisition, Calcalist reported, and several customers of former Frutarom subsidiaries took their business elsewhere. IFF is currently battling a federal class action suit from investors who claim the company should have disclosed the issues with Frutarom earlier.

"They've got a kind of a roadmap now of what to watch for and what the signals might be, so I think, in my estimation, they will be better prepared," Todd said. "But this is a huge deal, so I'm sure there are still a lot of unknowns since they started opening books and turning pages and finding something out that perhaps they didn't have all the details on."

Rustom Jilla, executive vice president and CFO of IFF, said in the presentation last month that the merger is expected to drive $400 million in revenue synergies by 2024. Currently, half of those savings are expected to come through procurement. Jilla said IFF and the former DuPont division have been working on the integration plan for a year, both internally and with outside advisors. The full integration, he said, should take 12 to 18 months. IFF says it is relying on previous experience to ensure a smooth integration, and has realistic expectations. But the company has also appointed a lead executive to focus on cost synergy execution and realization.

Executives said last month the new IFF expects to do a great deal of R&D work, create new ingredients, and craft comprehensive plans for all of its divisions to improve products.

In last month's presentation, Jilla said IFF worked with more than 100 stakeholders to consider how to best take advantage of the company's new synergies. They prioritized 40 high-value projects that the larger company will be able to take on, including better-tasting functional beverages, meat alternatives with less salt and a better texture, and using new proteins for better-performing plant-based frozen desserts.

While IFF will now have wide-ranging capabilities, Dorman said there is still ample room in ingredients for innovation from startups and smaller players. IFF is a behemoth, and a smaller company that is well run and produces a vital ingredient could still easily have an EBITDA that mirrors that of IFF. While a large company has deep resources, smaller players have their own ideas and can be much more nimble in terms of development and commercialization.

"There's always gonna be room," Dorman said. "And if someone is starting up a new ingredient or flavoring company, obviously they're coming from somewhere with some background to do it, and we'll still encourage them to do it."

Existing smaller players may not lose many clients to the new larger IFF either, Cash said.

"Customer relationships are very sticky. In the food ingredient industry, it's so rare for a customer to switch suppliers once they've established what flavor or what type of product they're selling. They just don't switch," Cash said.

IFF is likely to at least pause its M&A as it digests DuPont. In the presentation last month, Jilla said the newly merged company will be taking a hard look at business units it may want to divest. Any profits will be used to help pay down debt, he said, but did not share specifics about which parts of the business would be getting a closer look.

"We wanted to highlight that portfolio optimization will be a core part of the strategy of the new IFF as we move forward," Jilla said.

Because there is so much to do in terms of integration, analysts said it's unlikely IFF will do many more deals for a little while. But that doesn't mean the hot streak of deals in the ingredients sector will end.

"There's just so much entrepreneurial and innovative spirit out there right now, I think the ingredient companies are in a good position," Todd said. "Moving forward, I don't think we're going to see any downturn in that business in the near future, or even the far future." 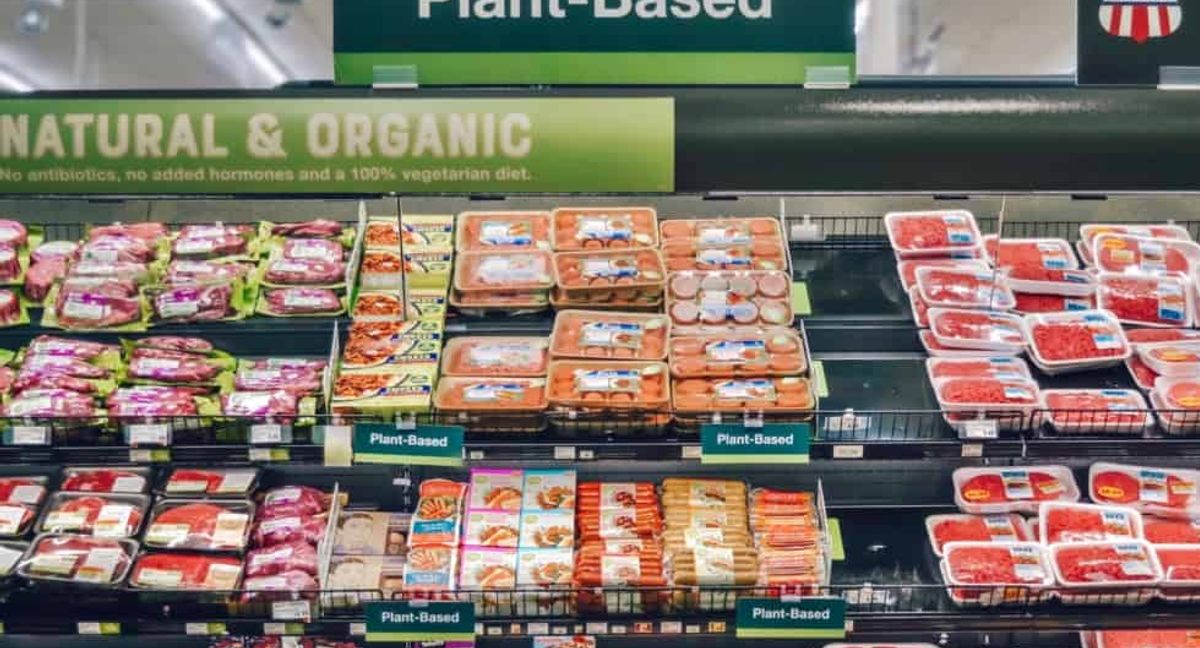