As consumers want packaging that is safe, sustainable, premium and transparent, manufacturers are increasingly going back to an old stalwart.

Editor’s note: This story is the first installment in a monthly series looking at popular food packaging innovations. Previous articles sponsored by BMO Harris Bank can be found here.

Until the time that Dustin Hoffman's character in the 1967 movie "The Graduate" was told that plastics were the future, everything from shampoo to ketchup was sold in glass containers.

Flash forward 50 years and now nearly everything in a supermarket is packaged in walls of plastic that take 450 to 1,000 years to decompose. Unlike plastic — which the Ellen MacArthur Foundation estimates will outweigh fish in the oceans by 2050 — glass is a naturally inert material that will disintegrate back into the environment.

Thanks to a chemical composition that makes glass safe to both eat out of and throw away, its smaller environmental footprint and its link to transparency in food manufacturing, consumers and manufacturers alike are developing a newfound affection for glass packaging.

After being nearly overshadowed by other modern packaging iterations, the mid-2000s is when glass began resurfacing in the mainstream market, Murray Bain, vice president of marketing at packaging company Stanpac told Food Dive. Bain explained that he attributes that resurgence to two main factors: the environment and new interest in small-batch, high-quality products.

Joe Cattaneo, president of the trade association Glass Packaging Institute, had a similar explanation. He told Food Dive customers are coming back to glass because of unexpected environmental problems with plastic, including the reality that only 9% of all plastic discarded since 1950 has been recycled, according to a new study by the Center for International Environmental Law. Plastic packaging has also directly contributed to the global rise in temperatures.

Cattaneo explained that “plastic is the abomination right now in recycling." Though some plastics are recyclable, others are not because of the different resins composing them and the relative lack of profitability of recycling plastic. Only 14.6% of plastic containers and packaging generated in 2015 were recycled, according to the Environmental Protection Agency.

As plastic continues to grow in popularity as a packaging option — the Ellen MacArthur Foundation found the global share of plastic packaging increased from 17% to 25% between 2000 and 2015, with volumes expected to quadruple by 2050 — the inability to recycle it has led consumers to push companies to reconsider their wrappers.

Out of available packaging options like aluminum, steel, glass and paper, Cattaneo said glass stands out as the clear winner. Not only is glass more environmentally friendly than plastic, but the FDA has widely deemed glass as generally recognized as safe (GRAS), a designation that Cattaneo​ points out is not given to other packaging materials. GRAS is a designation that endorses the safety of food packaging and additives for use in contact with food.

Glass has not only received FDA's seal of approval, but it also allows manufacturers to produce products in a way that can lead to higher quality.

For generations, Europeans have been making yogurt and selling it in glass jars. Yoplait, which began as a French dairy cooperative in 1964, was no exception. Although the brand is now owned by General Mills, the yogurt producer went back to its roots in 2017 to create Oui French-style yogurt. Unlike other U.S. Yoplait products, this yogurt comes in glass because of the jars’ unique role in yogurt processing and fermentation.

"Glass is the only packaging that the FDA has the approval of it as GRAS (Generally Recognized as Safe). No other product line has that category.”

“Instead of culturing the product in very large vats first and then filling each cup with an already cultured product, we are culturing the product within the very same glass pot consumers pick up at the store,” General Mills spokesman Mike Siemienas told Food Dive in an email. “It better protects the delicate product texture. Glass is very rigid and helps maintain the yogurt’s integrity, particularly since we do not add corn starch or gelatin to stabilize our yogurt base.”

Nor is yogurt the only product to benefit from glass packaging. Craft beer is also a major force in glass packaging. As these brews continue to lead the growth in the American beer market, glass bottles continue to reign as the dominant package choice, according to data from the Brewers Association.

Similarly, other industries are finding a new interest in glass as well. College Inn, a producer of stocks and broths, recently diverged from its typical paper carton storage when it announced the release of a new culinary-grade version of its stock in a glass mason jar.

“The small batch process that we use with our glass line allows us to do things that we couldn’t do with cartons,"  Del Monte Foods Marketing Director Rick Bingham told Food Dive. With cartons, you remove all the fat from the product and it’s that small amount of fat that you find as an ingredient in homemade stocks that gives it that rich mouthfeel that kind of lingers in your mouth and savors.”

The perception of glass as a receptacle for high-quality products also stems from its transparency — both literally and figuratively.

On a more figurative level, glass — a natural product made from silica sand, soda ash, limestone and often recycled material — is transparent about its environmental impacts.

As the only packaging material that doesn’t require a plastic or chemical liner, glass is easily recyclable. Recycling programs for glass bottles and jars are available to 81% of the U.S. population, according to the Glass Packaging Institute. With 2.4 million tons of glass being recycled annually into new containers, according to the Glass Recycling Coalition, that translates to about a third of all glass jars in the U.S. containing recycled material, explained Cattaneo.

For both Stanpac and General Mills, the proportion of glass reforged into packaging is slightly higher.

“The two main plants that we get our glass from are in the Chicago area and they’re above 40% (recycled),” Bain said. Siemienas wrote that approximately 40% of the glass used in the production of Oui yogurt jars was recycled.

"Very early on we felt that … there was a place for (glass) and we happened to be right. Maybe we were naïve or lucky, who knows, but I like to think we were brilliant."

Even if glass is not recycled, Cattaneo said, its presence in a landfill is not catastrophic. Broken and crushed glass is used to cover landfill waste to help control odor and scavenging because it will not chemically react with either the waste or the environment. Also, over time, he said, glass will disintegrate back into sand, its primary form.

Breaking down to the downsides

Sand as a substance is far weightier than chemically-compounded polymers. The result is that glass is much heavier than plastic, which can contribute to increased production and transportation costs.

Although pricier, this unique aspect of glass containers is what first sparked the idea for Del Monte to put College Inn stock back in glass jars, said Bingham. Reaching back into history and renewing the use of glass for packaging also prompted College Inn to revive old stock recipes that focus on premium ingredients and small-batch processing to create a higher-quality product for consumers. The resulting price will be a reflection of a top-notch stock.

Bain argued although glass may have a heftier upfront price point, it is actually a cheaper packaging option down the line, especially for companies who ascribe to a refillable bottle philosophy.

“The single-use container, you’ve used once," Bain said. "…The glass container, depending on the method of distribution, could be used 10 times or up to 40 times.”

Even including the cost of returning the bottles back to the dairy and washing them, Bain said glass is still a more economical option. He noted an operating model that uses refillable bottles and jars isn’t appropriate for large CPG manufacturers, but manufacturers producing large quantities of products in glass will benefit from reduced prices per jar, thanks to economies of scale.

The obvious downside to using glass is its fragility. Cattaneo said manufacturers are not the only ones that like plastic for its cheap, lightweight nature.

“It’s a retailer issue too for us, because they prefer plastic. It doesn’t break,” he said.

Despite a resurgence in glass from the craft beer industry and a variety of CPG manufacturers, there is continued resistance from manufacturers and retailers to expand glass packaging to more products. Cattaneo believes glass will remain an ecological niche choice, unless plastic is banned and manufacturers are forced to rely on alternative packaging.

The reluctance is across many categories. Although Siemienas said Oui was one of the category's most successful launches in years, earning more than $100 million in sales, glass packaging in the Yoplait line will be relegated to this one product.

For more boutique producers and manufacturers, however, glass may be the future.

“We have several new dairies per year that come on board because the trend for not using plastics is ever-increasing, and the trend of knowing where your food comes from is increasing too,” said Bain.

Ultimately, it will be consumers who determine which packaging option prevails. Environmental concerns are already prevailing in every boardroom conversations, as investors demand companies reduce their use of plastic and consumers ask companies create environmentally friendly packaging that doesn’t alter taste. And companies are responding.

Although there is demand for packaging that isn't plastic, production costs for sustainable options are about 25% more than traditional plastic. That leaves glass as a viable option for the near term. With its ready accessibility, warm reception from consumers, lack of effect on taste and inherent sustainability, glass may be the choice of the future.

“Very early on we felt … there was a place for (glass), and we happened to be right," Bain said. "Maybe we were naïve or lucky. Who knows? But I like to think we were brilliant.”

This series is brought to you by BMO Harris Bank, a leader in commercial banking. To learn more about their Food & Beverage expertise, visit their website here. BMO Harris Bank has no influence over Food Dive's coverage. 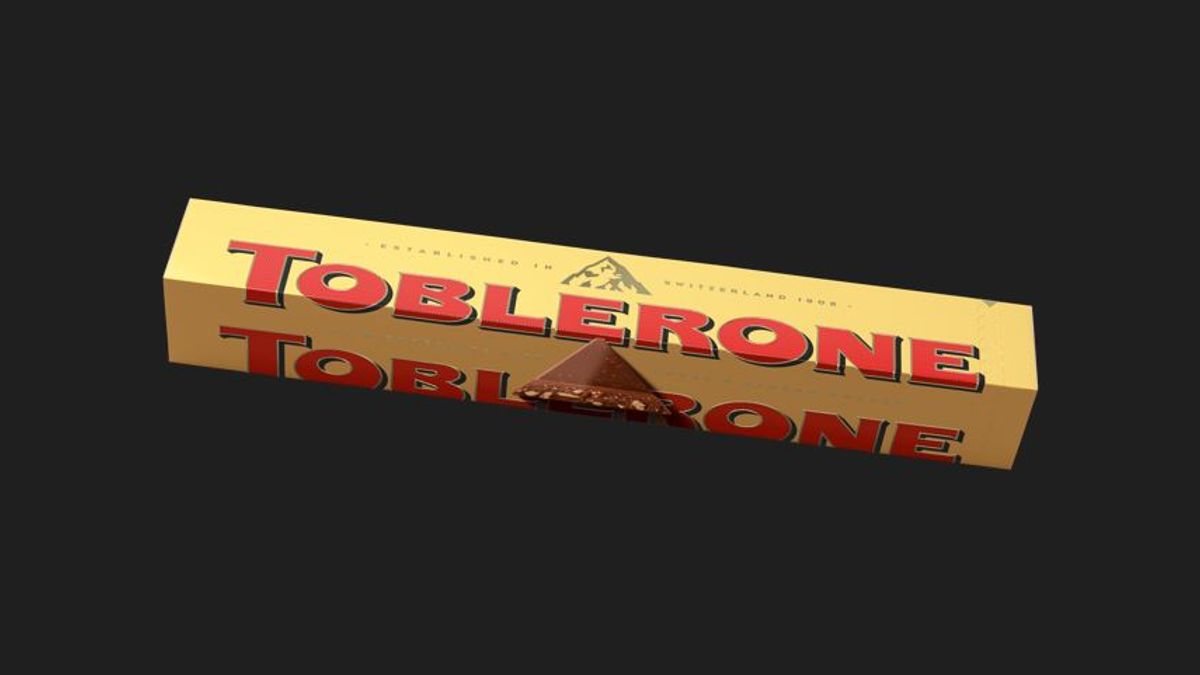