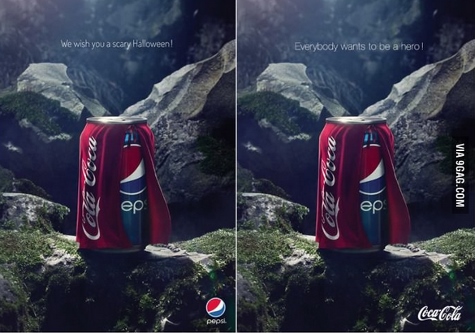 Directly mentioning a competitor in an ad can be risky, though Pepsi avoided any copyright issues with the swap of "C" and "L" in the Coca-Cola logo. What their Belgian ad agency was trying to say, exactly, is a bit confusing, though. For example, we see a can of Pepsi wearing a "Cola-Coca" cape and think, "Hey! Pepsi wants to be Coke!"

But we're also sure that's not what they were going for.