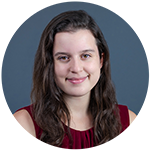 Socati wants consumers to perk up their morning cup of coffee with CBD.

"We think that coffee is a very significant industry," Mark Elfenbein, Socati’s chief revenue officer, told Food Dive. "And we haven't seen a product yet today in the space that is essentially an all-in-one enhancer to a cup of coffee in terms of impacting the taste profile, providing a very high-end natural sweetener and also broad spectrum CBD in the product."

The company's two new products come in the form of a rapidly dissolving powder stick pack. The CBD Coffee Brightener is unflavored and unsweetened, while the CBD Coffee Sweetener comes in a madagascar vanilla brown sugar flavor and is sweetened naturally with stevia and monk fruit.

Elfenbein said typically CBD stick packs are made with only CBD isolate and usually "don’t taste very good," but Socati's line is a microencapsulated product that cuts off the bitter taste sensors on the tongue.

"This is a flavor enhancer to the entire coffee experience to the point that even if you're drinking maybe not a great cup of coffee, it has the ability to eliminate the bitter tones," he said. "So we think it's a very timely product and a very large market."

As consumers continue to turn away from sugar with concerns about its impact on their health, more companies are searching for sweetener alternatives. Elfenbein said the company decided to use stevia and monk fruit because it is "the best sugar alternative that money could buy on the marketplace." The two are popular alternatives that have made their way into several mainstream products, from ice cream to yogurts, in recent years.

Elfenbein said Socati also specializes in customizing the ratio of the minor cannabinoids, which are the other molecules in the plant like CBG and CBN, so a customer knows exactly what they're getting.

Socati is working with two primary groups: traditional CPG companies that want to add CBD to products and cannabis brands who are not in the business of producing CBD themselves. Although Elfenbein declined to name any CPG companies they are partnering with on the sweeteners, he said they will have customer announcements coming up around the Natural Products Expo West conference next month.

But the cannabis space comes with risks because federal regulation is still in a gray area. Hemp and its derivatives are no longer classified as controlled substances since the 2018 Farm Bill, but the FDA's position has so far been that cannabis and CBD can't be sold in conventional foods or dietary supplements.

Although there was a public hearing on the substance last year, the FDA stated in November that it could not conclude that CBD was Generally Recognized as Safe (GRAS).

Elfenbein said that Socati’s view on CBD hasn’t changed because of the legal uncertainty, but that announcement did disrupt traditional retail, causing them to push back plans for brick-and-mortar stores to roll out products. However, he said CBD brands are still seeing strong sales online.

"From our standpoint, though, CBD consumption is increasing month-over-month, just facing what we're seeing in the industry, notwithstanding the slowdown at traditional big box, brick-and-mortar retail," he said. "I think we're getting the first mover advantage and still seeing the increase in CBD consumption regardless of the distribution path."

Elfenbein said Socati has been in discussions with many big CPG companies that are doing the research for CBD products and that is continuing despite regulation.

"It seems like they all continue to be in R&D mode, and my experience is that they're preparing products that will be ready to go as soon as they feel like they have the green light to do so," Elfenbein said. "So it hasn't curtailed R&D efforts or strategic planning or market strategies, but it's delayed most of the large CPG companies from different products in the first half of 2020, as they were planning to do originally."

What’s next for Socati after sweeteners? Elfenbein said the company is planning for more product launches, including a tea-specific product that will go in a tea bag and other variations of items it currently offers.

In the last year, Socati has seen a lot of growth. The company launched two new ingredients, raised $40 million from private investors, acquired a new manufacturing facility and announced its executive headquarters would move to Austin, Texas. Now the sweetener launch allows the company to get into another category and partner with additional CPG companies.

Epstein, Socati's CEO, said in a release sent to Food Dive that the company developed these additives now to offer consumers a simple way to take high-purity CBD and improve the taste and experience of premium coffees as the market for them grows.

"With over 80% of millennials using additives in their coffee such as milk, sweeteners or flavourings, the addressable market for these products is significant," Epstein said.