StixFresh, which could be applied to labels that are already used on produce, extends shelf life up to 14 days.

Preventing thousands of pounds of fresh produce from winding up in a landfill may be as simple as upgrading the stickers already applied to perishable fruits and vegetables, according to food tech startup StixFresh.

The Washington-based company developed a solution formulated from all-natural ingredients that can help extend the shelf-life of avocados, citrus fruits, mangoes, and apples up to 14 days. Plants naturally produce chemicals called secondary metabolites that serve to protect a plant when exposed to stress like temperature, humidity and light fluctuations. They include substances like alkaloids, steroids, fats, tannins and sugars, which can help ward off pesky predators like hungry insects or pathogens.

StixFresh created a natural formulation of these substances that it applies to the non-sticky side of a sticker. The secondary metabolites are slowly released over time, providing the fruit with an added cloak of protection during transit or on the shelf.

“Almost every fruit and vegetable already has a sticker on it, so we aren’t adding anything to the supply chain. A sticker is so simple and easy to use. It can be applied anywhere along the supply chain, from the moment the product is picked up to the day the end consumer brings it home,” Moody Soliman, CEO and co-founder of StixFresh, told Food Dive. “We are looking for producers and distributors to use their existing stickers with their branding on them. We just apply our formulation to the surface of that sticker.”

StixFresh’s core technology is the brainchild of Malaysian researcher Zhafri Zainudin. The stickers have shown promise in trials on fruits including pear, papaya, starfruit, dragon fruit, and other exotic varieties. In addition to longer shelf life, the stickers promote sweetness, moisture retention and firmness.

“Almost every fruit and vegetable already has a sticker on it, so we aren’t adding anything to the supply chain. A sticker is so simple and easy to use. It can be applied anywhere along the supply chain, from the moment the product is picked up to the day the end consumer brings it home.”

Giving produce a bigger window for consumption may help make a dent in the world’s serious food waste problem. Some 63 million tons of food is wasted each year, according to nonprofit food waste research outlet ReFED, with 85% of the waste occurring at the retail and in-home stages of the supply chain.

Fruits and vegetables have the highest rates of waste, with the Food and Agriculture Organization of the United Nations estimating 40% to 50% of fruits and vegetables produced globally end up in the garbage. The figure is unsurprising considering it can take quite a bit of time to get a shipment of freshly picked avocados or other produce from the farm gate to the consumers’ shopping cart, cutting into an already narrow window of optimum consumption.

StixFresh is not alone in the mission to find tech-driven solutions to help save produce. As food waste has become a global concern, a number of startups have cropped up with a variety of solutions including protective coatings like Apeel Sciences. The biotech company manufactures a 100% edible formula from agricultural byproducts and waste like orange peels that can be applied to fruit to extend its shelf life. It launched in 2012 after receiving a grant from the Bill & Melinda Gates Foundation. It’s since raised more than $100 million in venture funding.

Beyond protective coatings, emerging food waste solutions have taken different shapes and forms. Hazel Technologies created a small packet that can be inserted into fresh produce packaging that releases anti-fungal vapors, while BiOWiSH Technologies tapped the power of microorganisms to increase produce longevity with a liquid wash. Bluapple has created an apple-shaped plastic container that can be placed inside a refrigerator to help absorb the ethylene gases that fruits and vegetables produce, which can speed up ripening. A few other startups offering tech-driven shelf-life enhancements include AgroFresh, BluWrap and Citrosol.

Although venture capital investors doled out $125 million for food waste solutions in 2018 alone according to ReFED, some of these products are still a few steps away from commercialization. Considering that U.S. produce sales exceeded $60 billion last year, there is a major incentive to be the first company to reach a national scale.

Soliman said StixFresh makes the most sense as an easy and impactful solution.

“There are some existing solutions that look at ways to extend the shelf life of produce but nothing we have seen is as seamless or as easy to apply as our sticker. The real key behind this is that for producers and distributors to adopt new technology it has to make sense for them economically as well as operationally,” said Soliman.

Although the product is not yet available commercially, StixFresh already ran a successful crowdfunding campaign on Indiegogo that’s raised $11,190 – more than twice the initial $5,000 it set out to capture. In addition to potentially selling the stickers to packers, distributors and retailers, StixFresh is exploring a direct-to-consumer model where it would sell sheets of stickers to consumers that can be applied at home. The crowdfunding campaign helped Soliman validate his theory that consumers would be eager to use the stickers themselves.

StixFresh has not released any public information about its pricing model, but potential B2B clientele may initially balk at having to pay more for the upgraded stickers and losing some of their already slim margins. Consumers may be willing to pick up some of the increased cost, however.

"[There are] potentially billions of stickers that we could be producing, but we would have to ensure that the first sticker is performing just as well as the billionth sticker."

Across the board, consumers are willing to pay extra for products that promote sustainability, according to a 2015 Nielsen report that polled 30,000 consumers in 60 countries. Two-thirds of consumers said they placed sustainability over cost on factors including packaging, marketing and health — a 55% increase from a similar study from the prior year. And as millennials transition from their school years to becoming heads of households, retailers should take note that nearly three-quarters of them are ready to fork over more cash for sustainable products.

As with any startup, StixFresh is still perfecting its innovation. Certain challenges lie ahead, including how to adapt the sticker for different sizes or types of produce like blueberries or grapes where applying a sticker to each piece of fruit would be unrealistic.

“The other challenge, of course, is just making sure the technology works on a consistent basis," Soliman said. "We were just in eastern Washington visiting some of the largest apple producers in the world and the magnitude of production is unreal. One distributor can pack up to 4 million apples a day. That’s potentially billions of stickers that we could be producing, but we would have to ensure that the first sticker is performing just as well as the billionth sticker. But we have a solid team that will be able to address these issues and get us to our targets.” 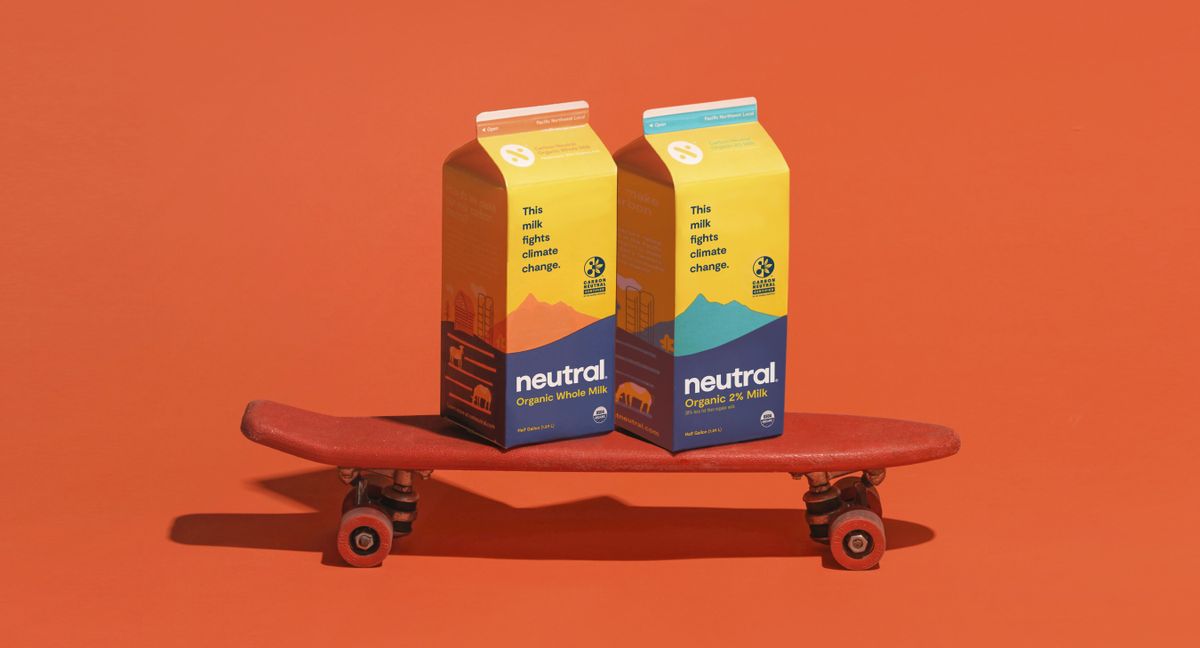 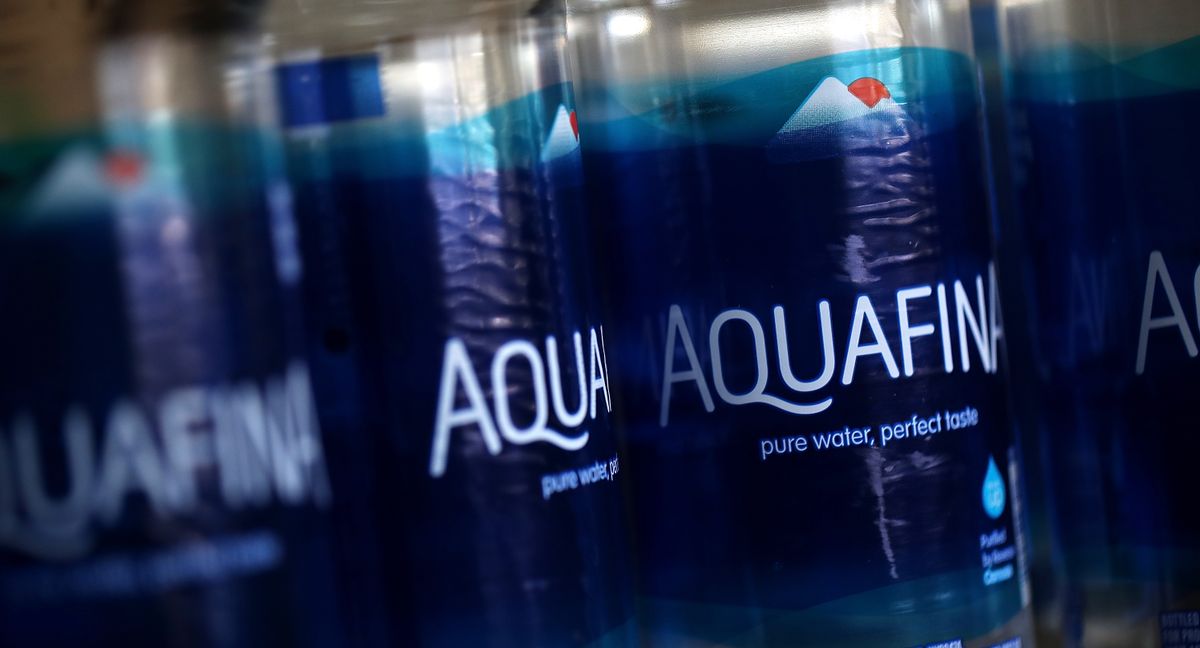 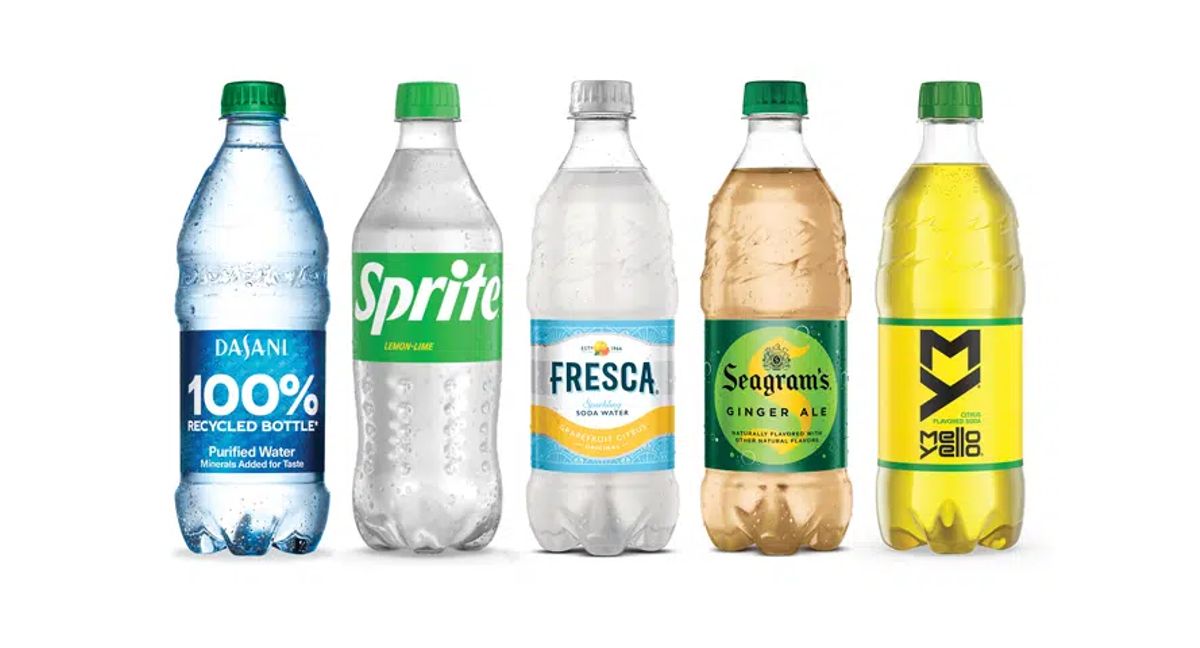 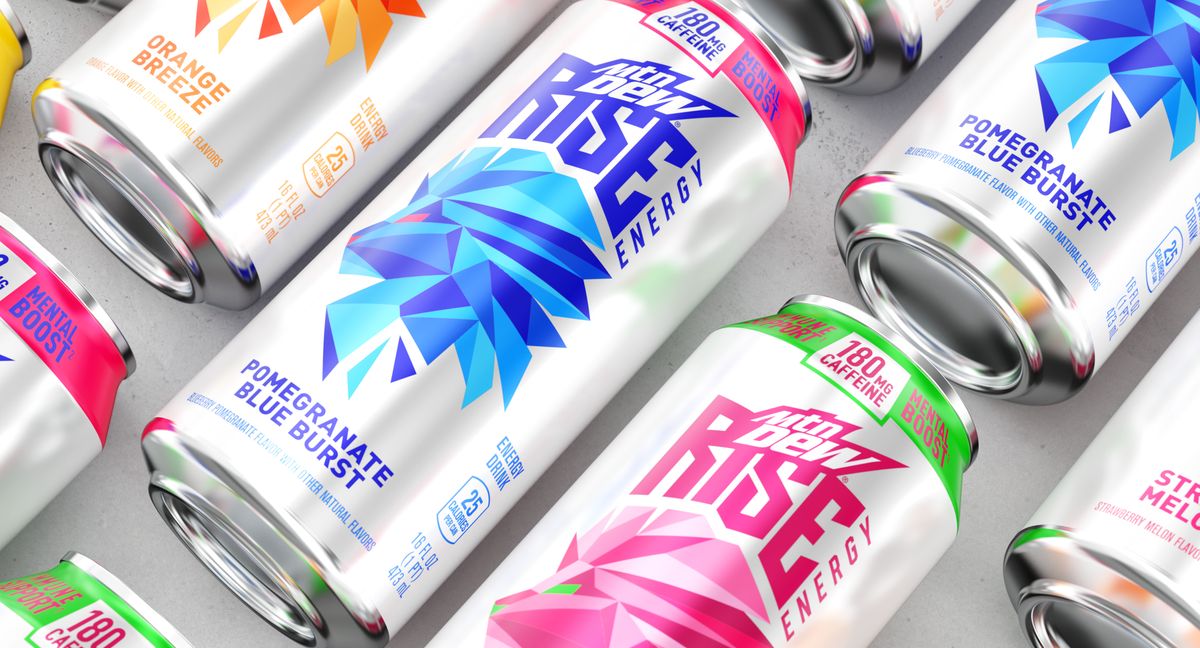 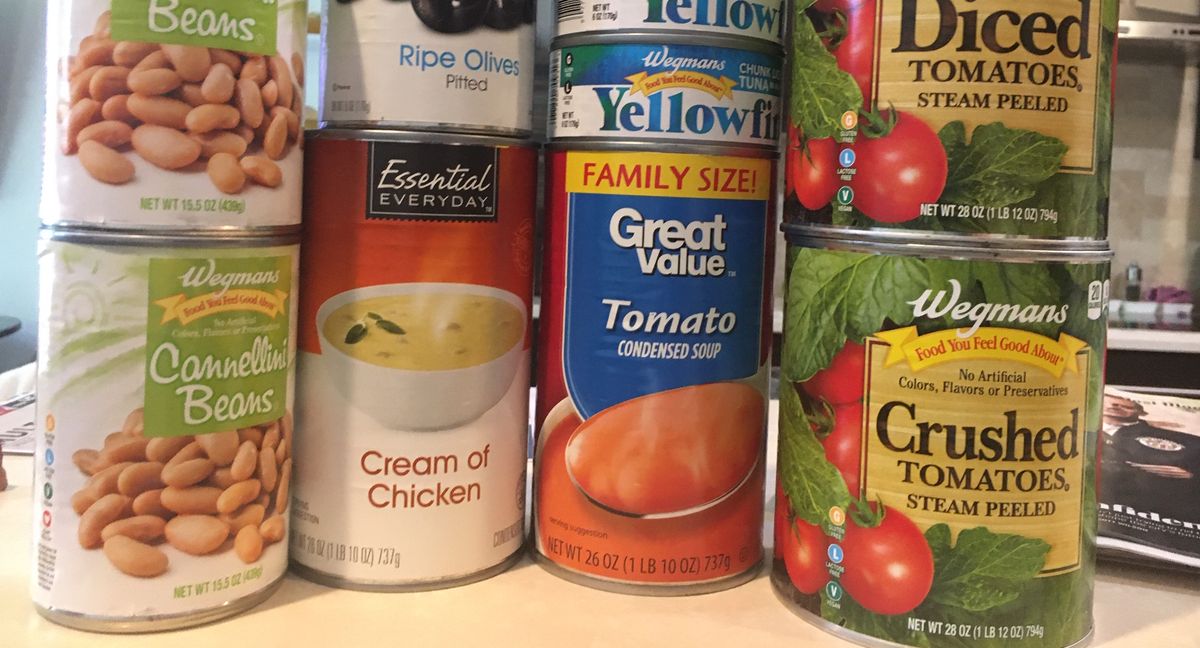 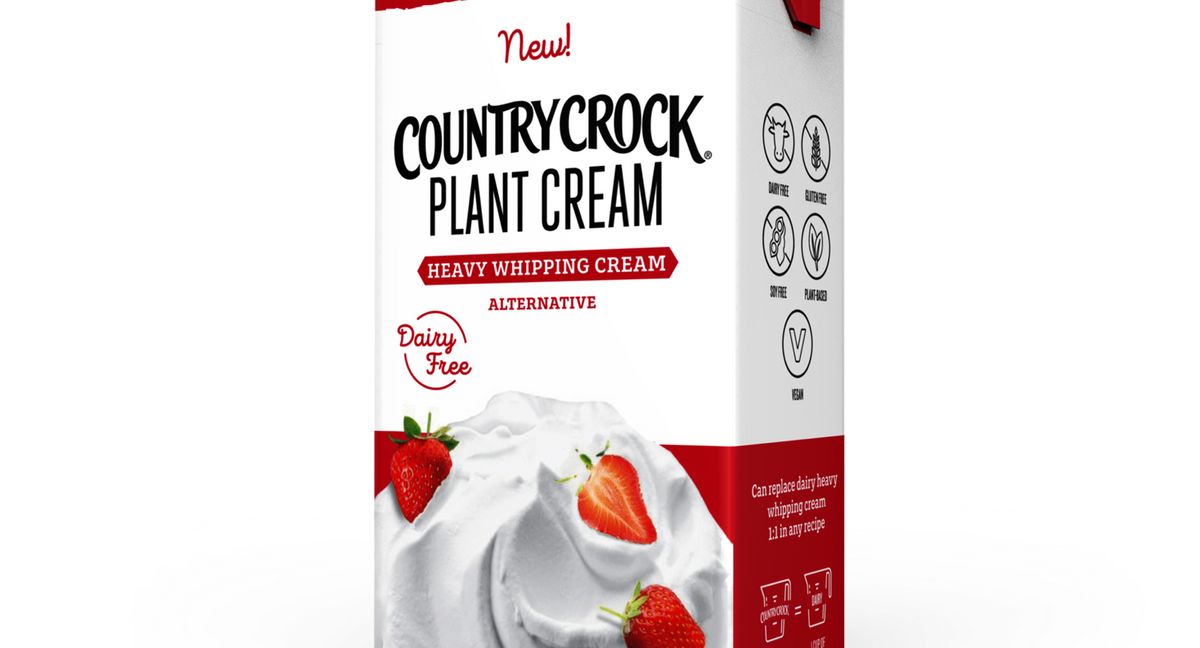 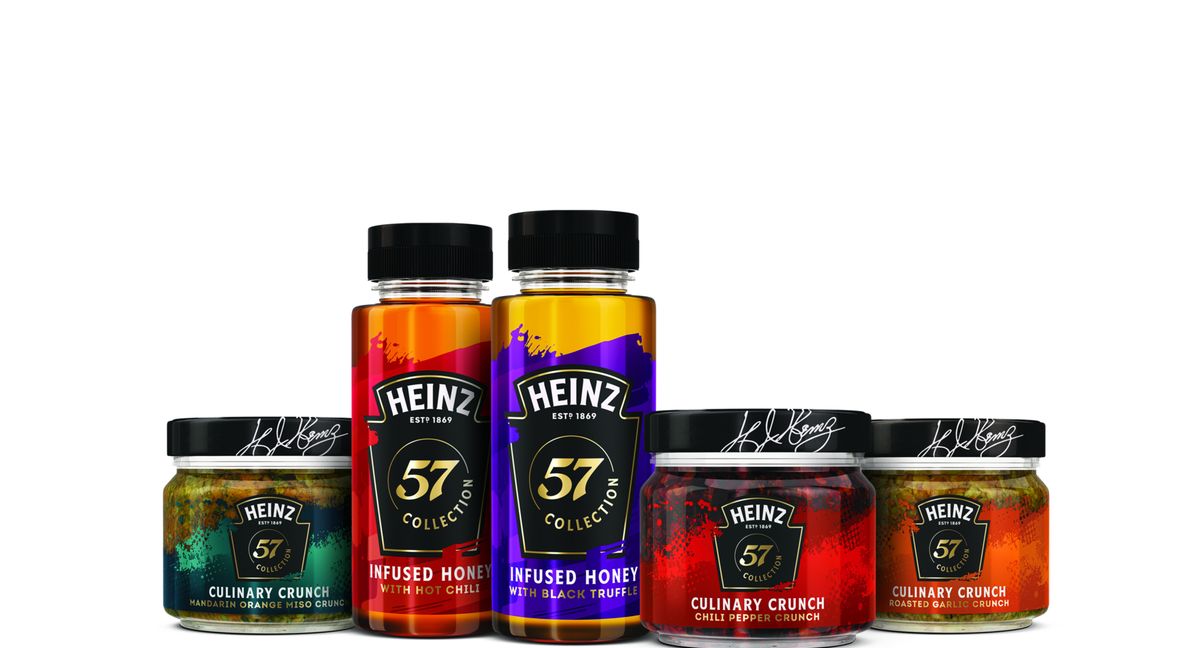