The journey of a groundbreaking food technology 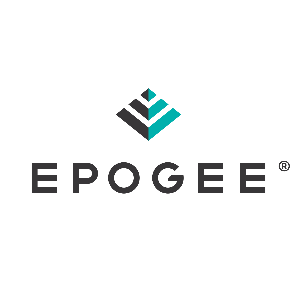 Tasting is believing, and such is the case with any food ingredient that sounds "too good to be true," such as EPG, an alternative fat technology designed to allow consumers to enjoy their favorite foods with dramatically fewer calories without compromising anything in the taste of the product.

And while food manufacturers will find that the alternative fat technology lives up to its promise, they also want to make sure it's safe. Safety is the cornerstone that EPG is built on. Epogee LLC, the manufacturer of EPG, rigorously tested the technology to ensure it was safe for the digestive system and that it didn't deplete fat-soluble vitamins and nutrients in the body or limit their absorption, as other alternative fats had in the past.

While EPG boasted benefits with no ill digestive side effects as previous alternative fats had, its creators knew that EPG would only be accepted if it took extra measures to prove EPG's safety and efficacy, which led to numerous elaborate studies, says Dr. David Bechtel, president at Bechtel Consulting and senior regulatory and toxicology advisor for Epogee. "Since we knew we'd be facing a regulatory body with many questions about how this differed from previous alternative fats, we wanted to go above and beyond to show that this product would, indeed, work as intended while meeting a critical public health need."

That led to an astonishing 61 trials, backed by three decades of research. The voluminous studies included standard protocols, then expanded to other tests that surpassed requirements, such as reproductive studies that covered in-vitro, pre-clinical and clinical trials.

The study types included chronic and acute toxicity, along with the evaluation of reproductive effects out to three generations, as well as environmental toxicity. The results were conclusive: no altered genes and no harmful digestive side effects of any kind, and the product was deemed environmentally safe, decomposing like all other fats and oils.

And even more interesting, the studies revealed there was very little change to the body when consuming EPG because it would pass through, rather than being digested. In fact, that's the key to its ability to provide the mouthfeel and sumptuous taste of fat, while avoiding excess calories and the need for added sugars.

As Bechtel reports, they even went to Scotland, a country known for its high-fat diet, for a digestive-tolerability test. The double-blind study found that the group who ate foods with EPG preferred it to traditional fat because it contributed to less bloating and fewer calories, without sacrificing taste. In addition, there was no loss of vitamins or digestive distress, which had been a problem with previous fat replacements. Today it has been deemed safe to consume in quantities of up to 150 grams a day, which amounts to 1/3 of a pound.

Forging the path toward approval to meet a significant market need

"We were constantly at the FDA, seeking its guidance and asking how we should design the studies. Our scope of research went far beyond what was expected, but we are proud of our efforts and that the tests were developed in concert with advice and oversight from the FDA, which championed EPG from the start," Bechtel said. "These regulatory authorities wanted us to bring it to market as soon as we could as a way to address the prevalence of obesity and heart problems."

Since then, numerous other applications have been approved, including:

"The public health community has been eager for something like this, and these approvals allow us to finally shine the light to manufacturers and food processors on the value of this product that behaves just like fat, without the corresponding calories or need for added sugar," Bechtel said.

Manufacturers appreciate that Epogee is manufactured in a Global Food Safety Initiative (GFSI) benchmarked facility and, given the stringent testing, has one of the strongest safety data bases for any food ingredient.

Just as important for consumer appeal, it's perceived as superior to fat for delivering flavor to your taste buds, adds Epogee’s Founder and Chief Technology Officer David Rowe. "EPG can help manufacturers address consumers' preferences for lower calories and less sugar, without sacrificing taste, texture or other appealing attributes of fat."