Designers and drinkers alike across the world are well aware of Absolut’s iconic vodka bottles. The Swedish brand has managed to match itself inseparably with the shape's lines and curves, even while customizing artwork in tributes to cities, events, holidays or artists. But there are plenty of other creative bottles out there, from U.S. brands, as well as abroad.

The vodka bottle can be a packaging designer's ultimate triumph when it looks good, and we love to pick apart the best examples on the shelves.

Here are 15 of the most intriguing designs we have found. We may not be able able to vouch for what's inside, but however the vodka tastes, these bottles are sure to catch some eyes and start conversations wherever they appear.

Each bottle is designed by George W. Miller, an artist inspired by Vincent Van Gogh’s impressionism and vision. The hues in each painting often match the flavors infused in the spirit. 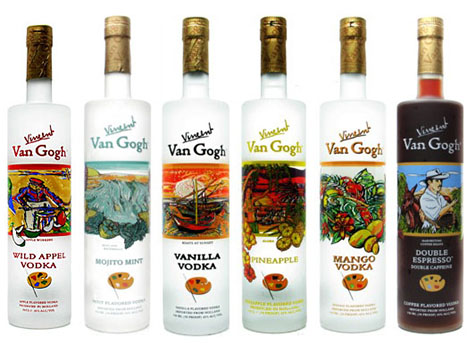 Legend has it this “supernatural, super-premium vodka” is made from haunted spring water. There is even a spooky story and short documentary on the company’s website.

Dan Aykroyd, the iconic actor, partnered with artist John Alexander to design this bottle that was inspired by the legend of the thirteen crystal heads, found around the world and thought to offer spiritual power. It was also the official vodka of The Rolling Stones 50th Anniversary. 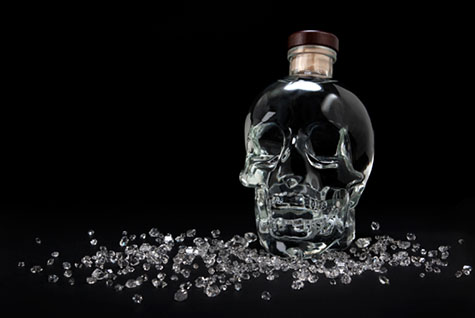 Medea has a programmable LED display that can hold up to six different messages with up to 255 characters each. Sounds like a pretty good party favor.

Legendary composer Frederic Chopin appears on each bottle design. The company was inspired by Chopin’s quote: “Simplicity is the final achievement. After one has played a vast quantity of notes and more notes, it is simplicity that emerges as the crowning reward of art.” 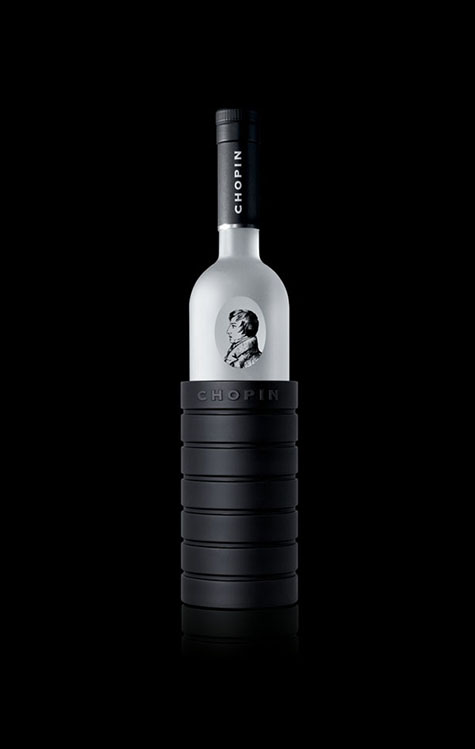 This fine Polish vodka comes in eye-catching frosted glass. The Belweder Palace rests on the front of every bottle, though colors range according to the various fruit flavors.

This space-age bottle, made to symbolize luxury, is crafted from glass and satin chrome. DQ was named luxury brand of the year in Poland in 2013.

Campaigning for the “underground arts,” Bong Spirit works with various artists and musicians to design its bottles. The founders said they chose the controversial bottle shape because of its communal symbol and its cultural role in the underground arts scene.

Mamont is one of the oldest vodkas in Russia. To honor the company’s Siberian heritage, the bottle is shaped like a mammoth’s tusk.

Designer Karem Rashid played with the letters “K,” “V,” and “A” to make sure this angular bottle had a strong visual impact. It is made in Oregon, using recycled materials.

According to the company, river pilots brought LeClaire, Iowa—where the family-owned distillery is located—to life with their ability to navigate the Mississippi River safely. Philip Suiter, one of the pioneers of LeClaire, is on every bottle.

Its shape is modern, but the double cross symbol is rooted in the Slovakian flag and coat of arms. The back of the bottle is lined with Slovakian poetry, swork of various writers throughout the nation’s history.

Made in Idaho, the Zodiac bottle has 12 different packages, all with the sun visible on the front and stars and moon through the glass on the back.  Go to their website and enter your birthdate; you’ll find a bottle named for your sign and some astrological information.

A Matrioshka doll-shaped vodka bottle is about as classic as it gets. The painted bottles come in several colors depending on the vodka flavor; yellow for honey, blue for classic, red for cranberry.

Would you like to see more retail news like this in your inbox on a daily basis? Subscribe to our Retail Dive email newsletter! You may also want to read Food Dive's predictions for what will happen next with Kroger.