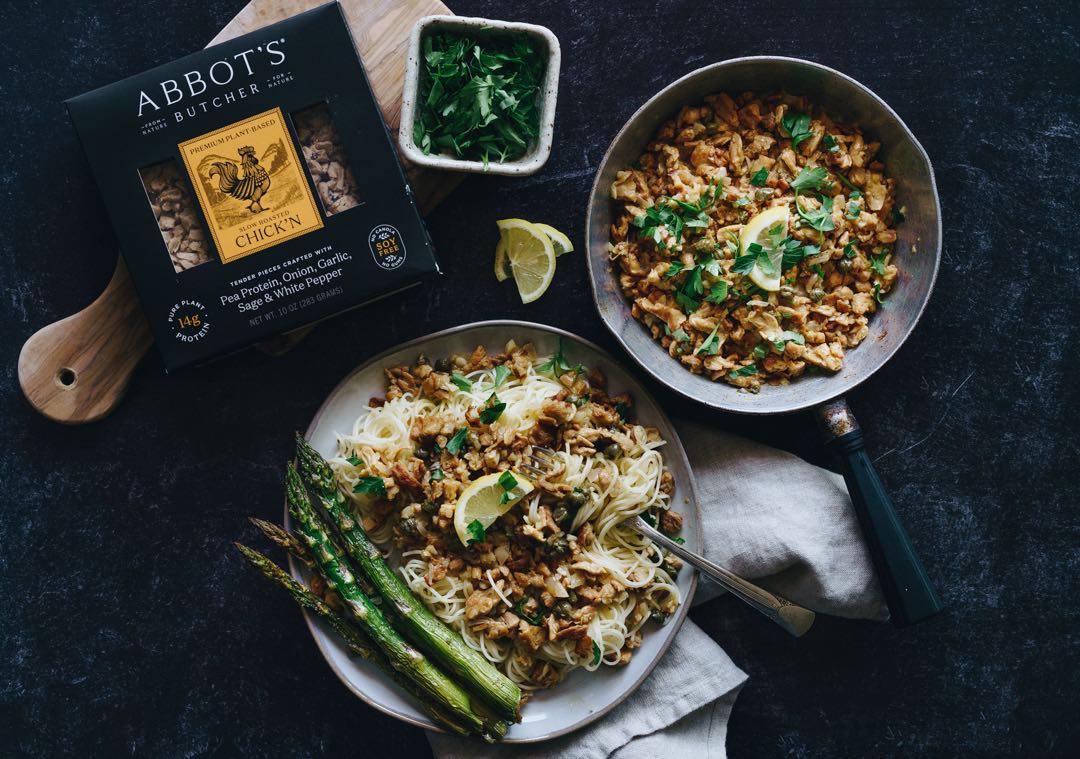 Abbot’s Butcher’s premium meat alternatives are crafted from simple and wholesome ingredients -- a combination of pea protein, vegetables, herbs, spices, nutrient-dense oils and vinegars. These protein-rich meat substitutes are free of soy, canola, gums, additives or GMOs, and the “Beef” and “Chorizo” are also gluten free.

"We want to get quality plant-based meats into every household. And we're doing this by elevating the ingredients, and by making these everyday essentials that fit seamlessly into our most loved dishes and the familiar recipes we've all grown up with,” says Kerry Song, founder and CEO of Abbot’s Butcher.

Abbot’s Butcher started in farmers’ markets throughout Southern California in 2017 and has rapidly expanded across retailers and restaurants, with shelf space in around 600 grocers, including a recent launch into 365 Sprouts locations.

Abbot’s Butcher is also rapidly expanding in food service. You can find their plant-based meats served at a number of restaurants, including Urbane Cafe; Chicas Tacos Venice; and Pizzanista in Downtown Los Angeles.

Abbot’s Butcher’s launch coincides with a continued high-growth trend in plant-based proteins. US plant-based meat sales rose 45% to $1.4 billion by the culmination of 2020. The strongest growth was generated by higher-value 'next generation' refrigerated plant-based meat producers, while frozen plant-based meats were also up by 30%.

###
About
About Abbot’s Butcher: Based in Southern California, Abbot’s Butcher is dedicated to creating plant-based proteins that don’t sacrifice flavor, texture or quality. The company is rooted in the belief that plant-based eating should be a celebration of good food — because good food not only tastes delicious, it also nourishes our bodies and respects the world we share.
© 2021 Industry Dive. All rights reserved. | View our other publications | Privacy policy | Terms of use | Take down policy.
We use cookies to optimize your experience on our website and for analytics and advertising purposes. By continuing to use our site, you agree to our cookie policy. Learn more
Accept