With the thick, protein-packed variety dominating the dairy-based segment, the company's new offer aims to recreate its success.

Just over a decade ago, Greek yogurt revolutionized the category.

The thick, creamy, protein-rich style went from being viewed as an exotic take on yogurt to being the standard in just a few years. Greek yogurt currently has a market share of 45% of the U.S. yogurt category, according to Statista, and most major dairy players have at least one Greek-style line.

Creating a plant-based yogurt with a similar texture, thickness and nutritional benefits has eluded major players in the space, though smaller brands such as Kite Hill and Forager Project have introduced their own iterations. But after several years of R&D, Danone's plant-based Silk brand says it has cracked the Greek yogurt code. The French yogurt giant will launch its new Silk Greek yogurt today, in four varieties: Strawberry, Blueberry, Vanilla and Lemon.

"We believe that it will explode the plant-based yogurt segment, similar to what Greek did for dairy yogurt back in 2008," Stierwalt said. "Silk Greek addresses the top barriers to plant-based yogurt, which is taste and texture, and also is likely going to be the thickest plant-based yogurt on the market, with double-digit protein."

Danone worked to create the thick and high-protein Silk Greek yogurt by tapping its deep expertise in the category and using coconut cream as the base. While the ingredient is higher in saturated fat, Stierwalt said it recreates the Greek yogurt experience many consumers want from a plant-based brand. It tastes good and brings the necessary thickness, she said.

Each cup of Silk Greek yogurt has 10 grams of protein. Stierwalt said that was an important metric for Silk to meet because the brand wanted this yogurt to appeal to all consumers, not just those who have a primarily plant-based diet. If a plant-based yogurt tastes good but has less overall nutrition than its dairy equivalent, it's less likely to have that wide appeal. The protein in the yogurts comes from peas. All of the Silk Greek varieties are sweetened with cane sugar, with most having a single-digit gram measurement.

"We know that 70% of plant-based beverage drinkers currently eat dairy yogurt, so they're open to the proposition of this flexitarian diet," Stierwalt said. "...That's really the sweet spot that we want to go after and make sure that we're converting those dairy yogurt eaters — flexitarians, if you will — to Silk Greek."

Danone, which recently announced a large revamp of its plant-based platform, calling it "plant-based 2.0," is already a leading company in the alternative dairy space. It became a major plant-based player in 2016 with the $12.5 billion acquisition of the former WhiteWave Foods, which brought the yogurt maker brands including Silk and So Delicious. In 2018, the company pledged to triple its sales in the plant-based sector by 2025, going from approximately $1.9 billion to $5.7 billion.

In its most recent earnings report, Danone noted it saw the sixth straight quarter with double-digit growth in plant-based. Interim co-CEO of the company and CEO of North America Shane Grant said on the earnings call that Danone is hitting the new platform with a "taste-first" approach, working to drive greater consumer acceptance and desire for dairy alternatives.

Yogurt is a big part of the strategy, Stierwalt said, and there will be more to come in the future. Currently, plant-based yogurt makes up less than 10% of Danone's entire yogurt portfolio, leaving a lot of room for growth and new developments, she said. The ambitions for Silk Greek — and Danone's plant-based yogurt portfolio in general — are large. Stierwalt said the company hopes to make Silk Greek the best-tasting Greek yogurt on the market — both plant-based and dairy — and to bring more consumers into the yogurt category in general.

A total of 86% of current plant-based consumers are interested in eating food with added health benefits, she said. Silk Greek takes this into account with its high protein content, and Stierwalt said the future will bring even more functionality. In the past, plant-based yogurt was all about base-led innovation — looking into which plant-based ingredients could be turned into the highest quality yogurt products, she said.

"Overall, we will be looking to move to a benefit-led portfolio, taking a cue from our dairy segments and our dairy counterparts, and looking at the right technology, the right proposition, ultimately, to get us there and really deliver on that taste, texture and nutrition," Stierwalt said. 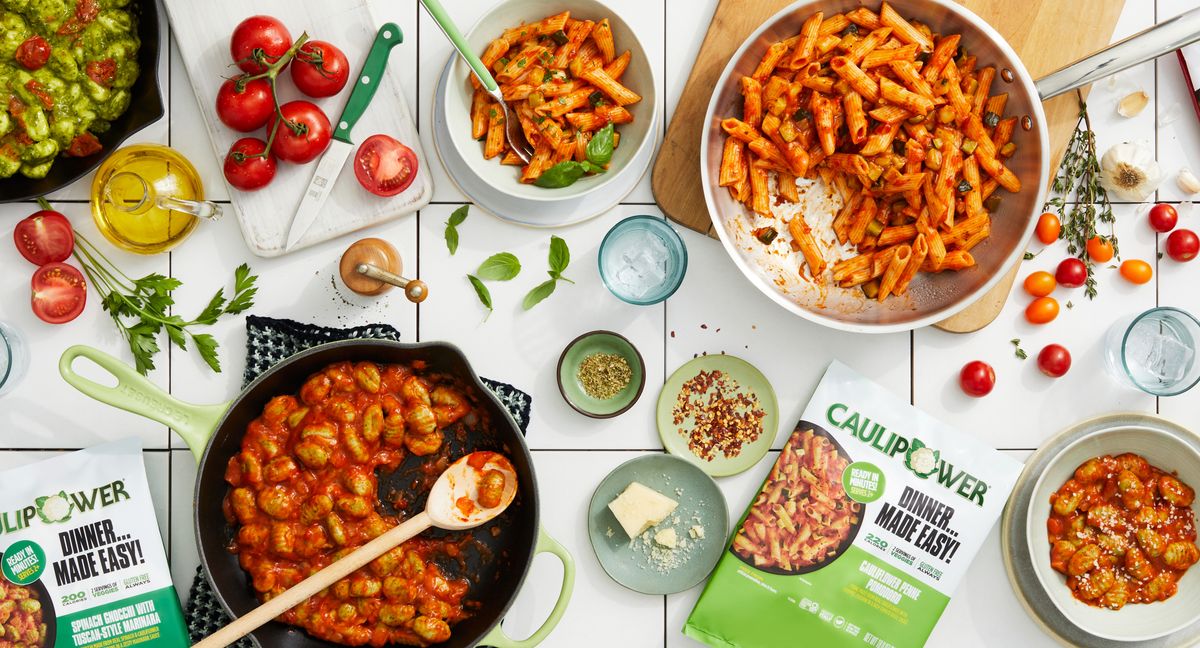