Race for regulation of cell-based meat

Singapore has greenlighted the company's chicken bites, which will be sold at a restaurant on the island nation in the near future.

Singapore regulators have greenlighted Eat Just's cultured chicken, making it the first nation in the world to approve any cell-based meat for sale and consumption.

Eat Just has been working on cultured meat since 2017, when it was using its former name Hampton Creek. Since late last year, the company has said it would be ready to put its cultured meat on the market once it received regulatory approval to sell it. Tetrick said Eat Just has been working with the Singapore Food Agency, which has responsibility for regulation in that nation, for more than two years. He was notified it had received approval on Thanksgiving.

"This is a pretty historic thing for us, the industry, the food system," Tetrick said. "It's an open door now and we've got a lot of work to do. ...Now it gives a real opportunity to launch, to not just communicate with consumers online and in surveys, but actually at dinner tables where they're eating. It makes the theory real."

Cultured meat, also known as cell-based meat, is grown from animal cells in a vessel like a bioreactor or fermenter. The end product is identical to the meat from traditional animal slaughter, but does not require the killing of an animal. Several companies throughout the world are working on ways to produce and commercialize meat this way, but Eat Just will be the first to reach the market.

Advocates for cell-based meat praised this decision as a landmark for the space.

"It means it's possible for a company to get approval," said Elizabeth Derbes, associate director of regulatory affairs at the Good Food Institute. "... Both for the companies that are ready to apply for approval now and the companies that are just starting out, I think this is a great sign. It means that regulators can figure out how to look at these products and get comfortable with food safety issues and get them through the regulatory process."

Eat Just has a facility producing Good Meat chicken that is currently operating in Singapore, Tetrick said. It has a 1,200- liter bioreactor, which he said can produce a sufficient amount of product for a handful of restaurants on the island nation. As demand increases, he said the company will be ready to scale up.

Tetrick said Eat Just has been working toward regulatory approval of cell-based chicken in three jurisdictions, including Singapore and the U.S. He declined to comment on the last location.

Singapore was particularly attractive as a potential launch point for Eat Just because the government is "uncommonly forward thinking," Tetrick said.

"Singapore from the get-go was the most rigorous [country we pursued approval in, and] had the clearest intention," Tetrick said. "I think they saw this as something that they wanted to take a hard look at [and] build a regulatory framework. They didn't need to wait for someone else to get permission to do that. They do what they think is in the best interest of their populace in their country, and they do it."

"It's an open door now and we've got a lot of work to do. ...Now it gives a real opportunity to launch, to not just communicate with consumers online and in surveys, but actually at dinner tables where they're eating. It makes the theory real."

Cultured meat is not Eat Just's only business in Singapore. Earlier this year, the company signed agreement earlier this year with investment firm Proterra for a $120 million facility to manufacture the company's mung bean-based Just Egg in the country.

Derbes said she is not surprised that Singapore was the first country to grant approval for cultured meat products. The organization, which advocates for alternatives to animal food products, has been working with government regulators in countries including Singapore, the U.K. and India. Singapore, she said, was by far the most energetic about the space. Several of Singapore's regulators attended the group's annual conference in the U.S. last year, where they both learned about the space and connected with many companies.

"They've been just really on top of their game in terms of looking at these products from very early on and thinking in a very conscious way about how to regulate them," Derbes said. "They had some guidelines out about what people would need to put into an application as long ago as a year. And they've just refreshed those guidelines [last week]."

Getting regulatory approval in Singapore was no simple task, Tetrick said. The regulators took a close look at the cell and product composition, including scrutiny of the nutrients in the final product and how it compares to conventional chicken. There was a careful look at the potential for contamination from pathogens, including salmonella and E. coli. The manufacturing process was scrutinized. The quality, integrity and safety of the cell line was looked at. And the agency brought in outside experts who also analyzed the process.

The approval came for Eat Just's chicken bites, but Tetrick said he hopes to expand to producing chicken breasts for restaurants in Singapore soon. Tetrick said he thinks the regulatory approval for them will be relatively quick, considering the cell line they will be produced from and the process has already won approval.

R&D out of the public eye

Eat Just has been an active company in the last year, with major partnerships, expansions, new products and manufacturing facilities.

All of these developments, however, have been for the company's plant-based egg product, Just Egg. Tetrick said Eat Just "decided to keep our head down" on the cultured meat front for more than a year, mostly because the company was working hard to gain regulatory approval, improve its processes and prepare to scale up as soon as there was approval for cultured meat products to come to market.

However, there was quite a lot below the surface, Tetrick said. The company has invested a lot of time, energy and money into this area.

The biggest development the company has made is developing a completely plant-based medium in which cells can grow. In the early days of cultured meat, companies relied on pricey fetal bovine serum to grow their cells, which in turn drove costs up astronomically.

"As nations race to divorce meat production from industrial animal agriculture, countries that delay their investment in this bright food future risk getting left behind. The rest of the world should be following Singapore’s lead by funding alternative protein research and working with companies to ensure a rigorous and thorough path to regulatory approval and oversight.”

Tetrick said this plant-based growth medium is primarily responsible for the price of the company's cultured meat reducing 40-fold since 2018. Last year, the price would have been about $50 for a chicken nugget. Tetrick could not say much about the specifics of the price now, but he said the cultured chicken bites will be priced close to the premium conventional chicken products already on the restaurant's menu.

Eat Just has other research underway and is working on cultivating other cell lines, Tetrick said. In 2018, the company partnered with Japanese meat producer Toriyama to produce cultured wagyu beef, and work is ongoing on that product. Tetrick said they are also working with a Northern California-origin beef line, as well as other chicken lines. The beef lines, he said, will likely be the company's next new products going before regulators in Singapore.

'A new space race for the future of food'

Now that Singapore has granted approval for cell-based meat for one company, what comes next?

In a written statement, Good Food Institute Executive Director Bruce Friedrich said other nations and regulatory entities should use this announcement to move the issue forward on their home turf.

“A new space race for the future of food is underway," Friedrich said. "As nations race to divorce meat production from industrial animal agriculture, countries that delay their investment in this bright food future risk getting left behind. The rest of the world should be following Singapore’s lead by funding alternative protein research and working with companies to ensure a rigorous and thorough path to regulatory approval and oversight.”

Tetrick and Derbes both said they have been participating in the U.S. government's process. It's a bit more complicated here because of the way food products are regulated: meat products by USDA, but most other food by FDA. Both federal government departments formally announced last year they would jointly regulate the products, but not much else has been publicly announced since then.

There is both action and interest in regulation for cell-based meat in other countries, but not much is known about their progress — or even whether any companies have applied for approval anywhere. Tetrick was not aware if there were any others pending approval in Singapore. Derbes said the majority of cell-based meat companies are at the startup phase and not at the point where they would be able to seek regulatory approval.

Israel's SuperMeat announced the establishment of a test kitchen/restaurant in Tel Aviv for its cell-based products called The Chicken. Restaurants in Israel are shut down because of the coronavirus pandemic, so it's not clear when or how it could begin operation. This fall, Russia's 3D Bioprinting Solutions announced plans to bring 3D printed cell-based chicken nuggets to KFC in its home country, but the company said at the time it had not yet sought regulatory approval.

Tetrick and Derbes both said that this announcement may spur the incoming Biden administration into faster action on cell-based meat regulation. At the very least, the nominees to head USDA and FDA will be thinking about this area and should have a plan to move forward. Tetrick said the factors are there to push the U.S. to be No. 2 in cultured meat.

It isn't unusual for one country to take the lead in new technology and others to follow, Tetrick said.

"Singapore has really established a clear, thoughtful, scientific, rigorous regulatory framework. And there's nothing that would keep the U.S. or Western Europe or China from taking that," Tetrick said. 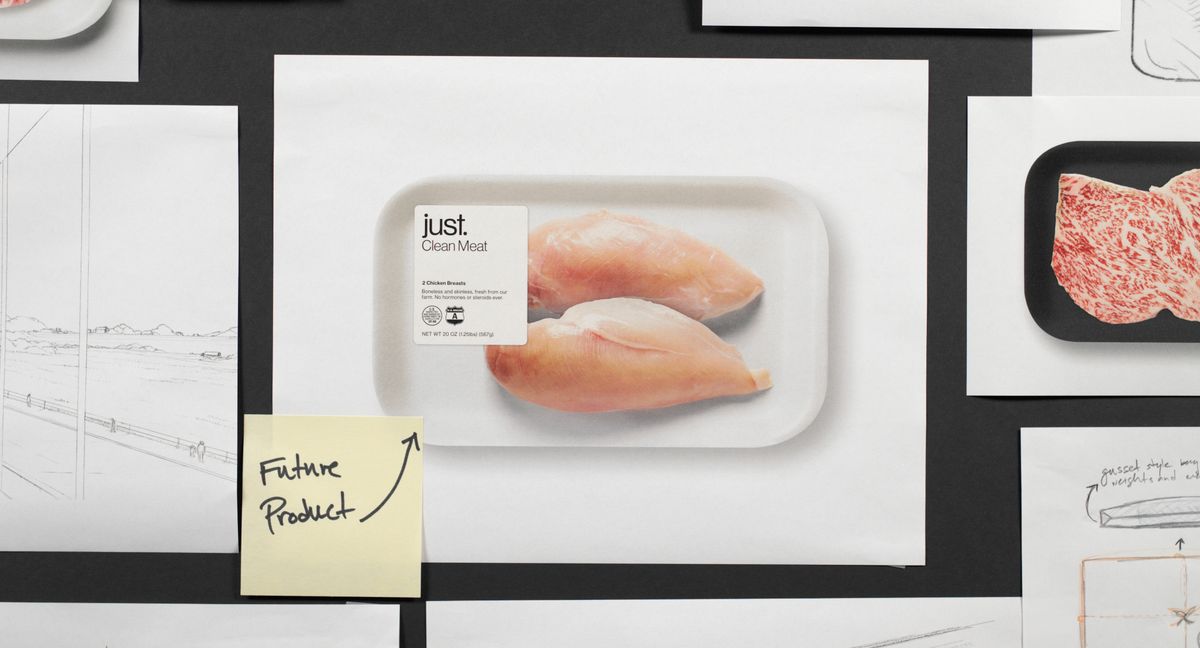 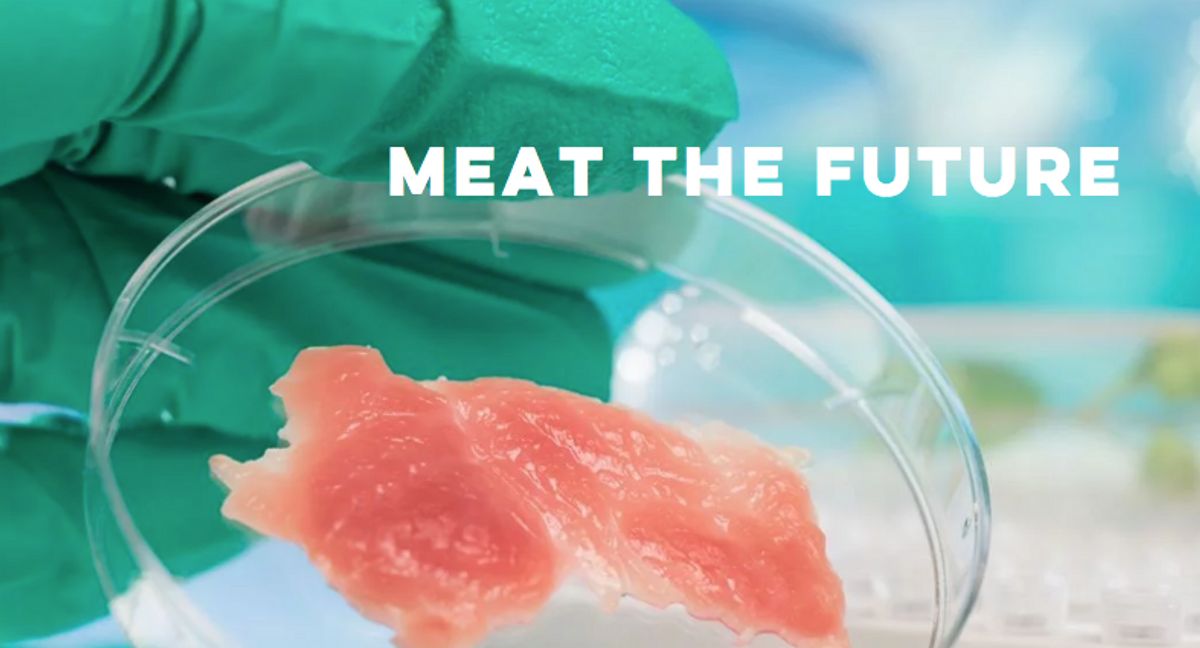 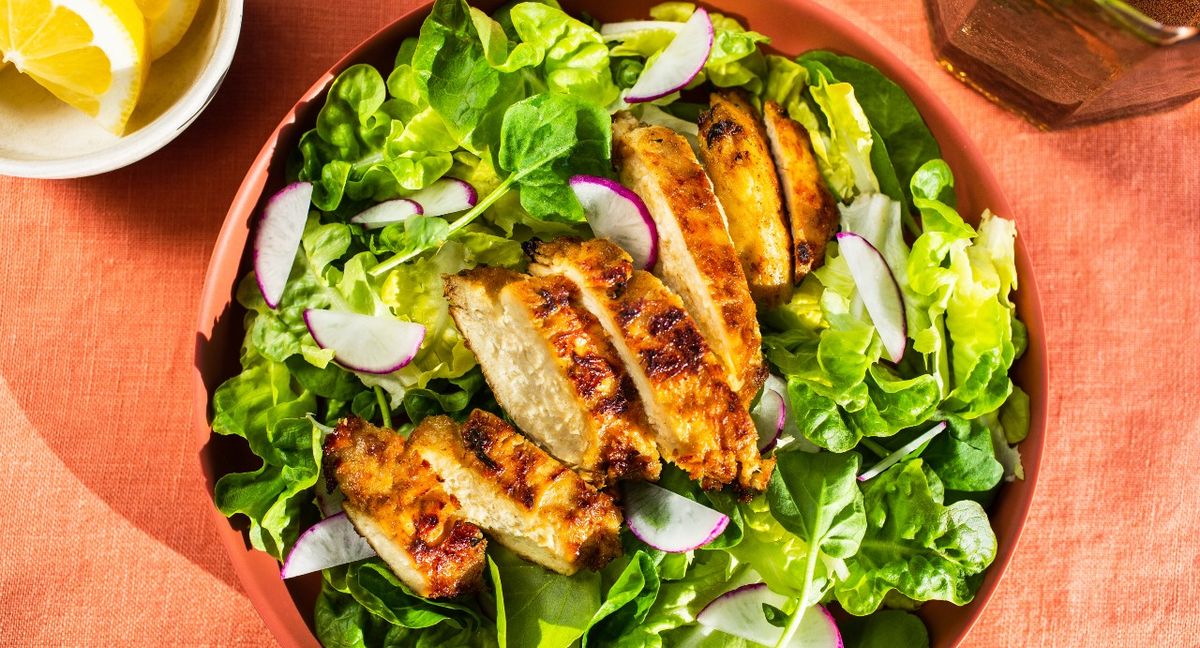 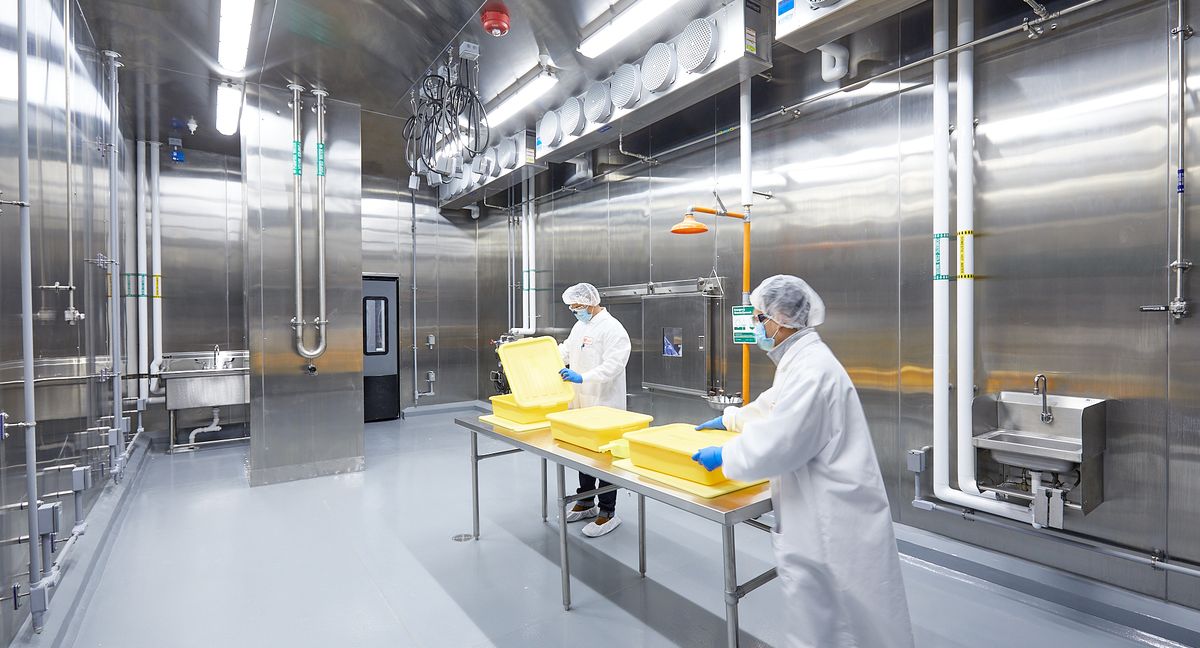 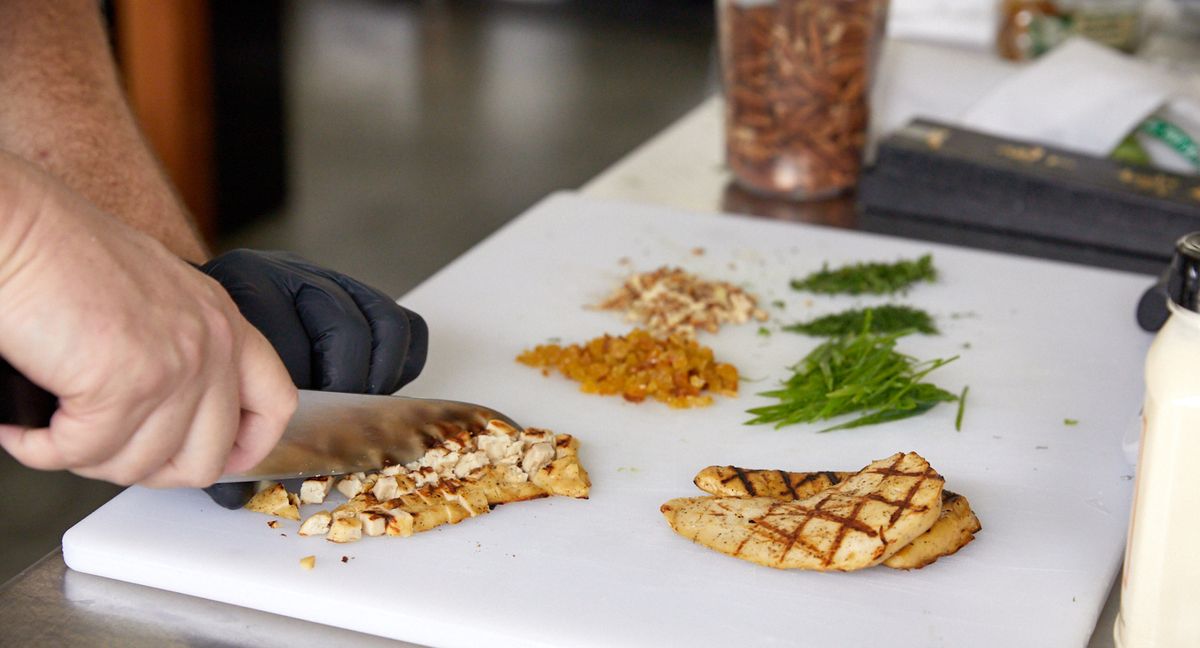 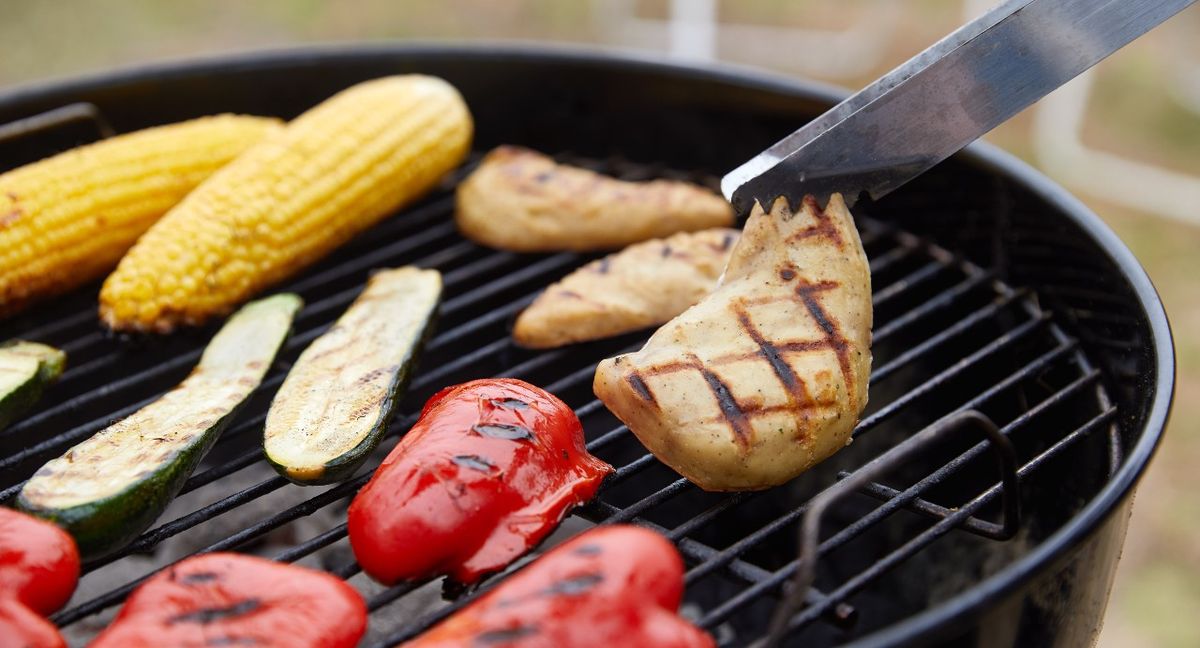 View all | Post a press release
Introducing Cumulus 2023, An Ecosystem Event Focused on the Future of Food
From Cumulus
New Study Finds No Relationship Between High Intake of Refined Grain Foods and Risk of Cardiov…
From Grain Foods Foundation
Chocolat-e Inc wins bronze in category at International Chocolate Awards: continues to charm g…
From Chocolat-e Inc
TCHO Reaches Plant-Based Goals Ahead of Schedule with Debut of Two New Professional Baking Cho…
From TCHO
Editors' picks
Latest in Corporate Operations
© 2022 Industry Dive. All rights reserved. | View our other publications | Privacy policy | Terms of use | Take down policy.
Cookie Preferences / Do Not Sell